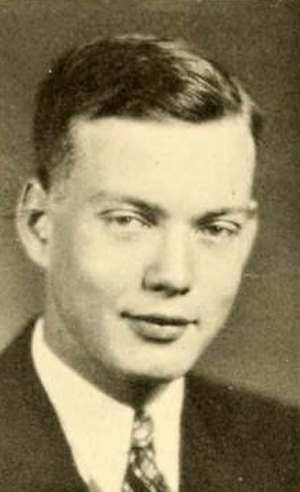 Ernest Harvey Wood, Jr., radiologist and medical educator, was born in New Bern, the son of Ernest Harvey, Sr., and Lilliam Fordham Wood, a native of Kinston. His father was a native of New Bern and a lifetime practicing pharmacist who served as mayor of the town in the late 1940s. Young Wood was educated in the New Bern public schools and Duke University, from which he was graduated magna cum laude in 1935. At Duke he was a member of Phi Beta Kappa and of the university orchestra, having gained considerable note as a child virtuoso violinist. In 1935 he enrolled in the school of medicine at Harvard University, from which he was graduated in 1939. After interning at the Philadelphia General Hospital, Wood spent two years in New York as a resident in radiology at the Presbyterian Hospital and an instructor in radiology at the College of Physicians and Surgeons, Columbia University.

His residency at Columbia was interrupted in 1943, when he was inducted into the army. Serving in the medical corps, he had attained the rank of major by the time of his discharge three years later. Returning to Columbia, he was advanced to professor of radiology in the College of Physicians and Surgeons. In 1952 Wood was invited to serve as professor of radiology and director of radiological services in the newly expanded four-year school of medicine at The University of North Carolina. For thirteen years he devoted himself to the establishment of the department and its expanding services in the new school and its adjunct hospital. In 1965, however, he returned to his old post in New York City and remained there until his death.

Wood was active in a number of professional organizations and a member of the consulting staff of several hospitals and institutes. He served on the editorial boards of Neurology and Radiology. In 1958 he was president of the North Carolina Radiological Society and in 1966–67 of the American Society of Neuroradiology. He also was a member of the Society of Nuclear Medicine and of the World Federation of Neurologists. He distinguished himself as a world authority in academic neuroradiology with research in roentgenological methods of diagnosis and investigation of neurological diseases, especially cerebro-vascular disease.

A prolific writer, Wood was the author of many articles and reviews on neuroradiological topics as well as of An Atlas of Myelography (1958), the first book published on the subject. In 1964 he was coauthor of a textbook, Diagnostic Neuroradiology. He contributed more than fifty articles to professional journals or as chapters in books on his special field. He was a pioneer in the development of thermography in the diagnosis of cerebrovascular diseases. The August 1975 issue of Radiology wrote: "His quiet charm, devotion to the highest ideals of professional integrity and his scientific curiosity have been sources of inspiration to many."

On 23 Aug. 1941 Wood married Ruth Eleanor Radcliffe of Melrose, Mass. They had three children: Ernest Harvey III, William Edward, and Janet Ruth (Mrs. William Brown). At age sixty Wood died suddenly of a heart attack in his office in the Neurological Institute. After a memorial service at the United Methodist Church in Ridgewood, N.J., he was buried in the Chapel Hill cemetery.