James Lewis Wilson, Episcopal clergyman. Little is known about Wilson, due in part to the partial destruction by fire of the records of Martin County where he seems to have spent most of his life. At the time of the Federal Census of 1790, he was residing in Martin with a wife and children. A few years later, as "of Williamston" he advertised in a Halifax newspaper. In 1789 Wilson made the then difficult journey to Philadelphia, where he was ordained to the Episcopal priesthood by Bishop William White on 21 July.

It is apparent that on his return to North Carolina there was not a great demand for his ministrations. In 1792 he wrote his fellow clergyman, the Reverend Charles Pettigrew, that he had studied physic, as medicine was then referred to, as early as 1780 and humorously commented that he had quacked with some success without pay since then. He further wrote that prominent persons in his community were encouraging him to take up the practice of medicine for profit, and that he was considering this, in the sense that St. Paul was a tent maker, to sustain him while he performed his clerical duties, which were not economically rewarding. Wilson remained in Martin County until 1795—in a list of the Episcopal clergy in North Carolina drawn up by the Reverend Mr. Pettigrew in that year, he is mentioned as serving in Martin and Edgecombe counties. 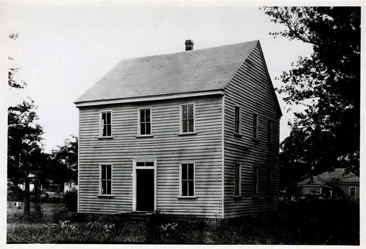 Deciding to try a new area, he moved to Halifax County sometime in 1795. On 25 June he was appointed chaplain of the Royal White Hart Masonic Lodge in Halifax town. By the fall Wilson had moved to Crowell's Cross Roads in central Halifax County where, as he advertised in the North Carolina Journal, he had opened a Latin school near Conoconary Church. In teaching school, Wilson was fulfilling the dual role characteristic of the Anglican clergy in colonial times. Conoconary Church, where he had located, was the former parish church of Edgecombe Parish, Halifax County, under the colonial establishment and the site of the residence of the Reverend Thomas Burges, the old colonial parson who had died in 1779. Wilson undoubtedly held services in the old church, which since the Revolution had been designated a free church open to use by all. By 1798 he had moved again, for in January of that year his school was located at New Hope, described as a beautiful seat near Halifax, where board, washing, and lodging with tuition could be had for £20 Virginia money a year.

Before moving to the town of Halifax he may have had some idea of returning to Williamston, because on 21 Sept. 1797 as of Halifax County he bought Lot 18 in that town from Thomas Hunter. It is not known if Wilson ever returned to Martin County. He does not appear in the Federal Census of 1800 in either Martin or Halifax, but this is not conclusive evidence. He was still in Halifax on 22 Jan. 1800, when he delivered the funeral oration at the Royal White Hart Lodge in honor of George Washington, who had died late in 1799. According to tradition he preached a funeral sermon in Scotland Neck in lower Halifax County in the summer of 1801. He is thought to have died soon afterwards. There is no record of Wilson's death or of his descendants.

James L. Wilson is best known for his work with the Tarboro conventions. From 1790 to 1794 the few remaining Episcopal clergy and laity in North Carolina gathered in Tarboro in four conventions in an attempt to establish an Episcopal church organization in the state. Wilson was the only clergyman who attended all of the conventions, and he was president of one of them. The Reverend Joseph B. Cheshire, the historian of the Tarboro conventions, said of Wilson's work at these meetings that he was a most zealous and devoted minister and highly respected and trusted by all. In 1792 Wilson went to New York City to attend the General Convention of the Episcopal Church as a delegate from North Carolina. However, due to difficulties in travel, he arrived a few days after the convention was over.

Two letters of Wilson have survived, both written to the Reverend Charles Pettigrew on church matters. From these letters, it is clear that Wilson was orthodox and took his work seriously.