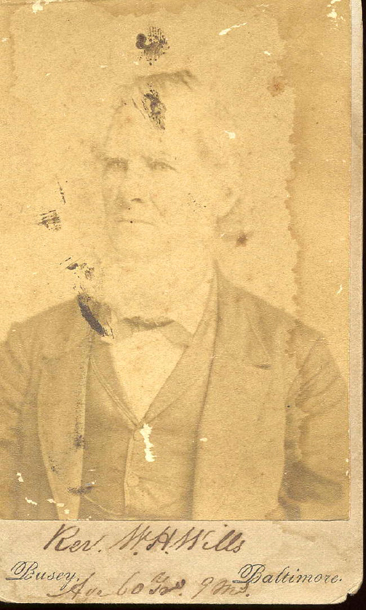 William Henry Wills, Methodist Protestant minister, educator, and administrator, was born in Tarboro. In 1830 he became a member of historic Whitaker's Chapel, located between Enfield and Scotland Neck. His name was connected with the most significant events of the North Carolina Methodist Protestant Conference from 18 Apr. 1831, when he was licensed to preach, until he was stricken with paralysis in September 1884.

On 13 May 1835 Wills married Anna Maria Baker Whitaker (22 Feb. 1817–2 Feb. 1893), the daughter of Dr. Cary and Martha Susan Baker Whitaker of Enfield. They built a permanent home, Rocky Hill, near Brinkleyville in Halifax County, from which Wills traveled to preach over a wide area of North Carolina, and where his nine children were born and reared.

In 1855 Wills and the Reverend Jesse Hayes Page, later his son-in-law, opened the Halifax Male Academy at Brinkleyville and, shortly afterwards, the Elba Female Seminary. Wills served as a trustee of the Lynchburg (Va.) Methodist Protestant College during the short period of its existence from 1855 to 1861. He received doctor of divinity degrees from Western Maryland College (1872) and Yadkin College. 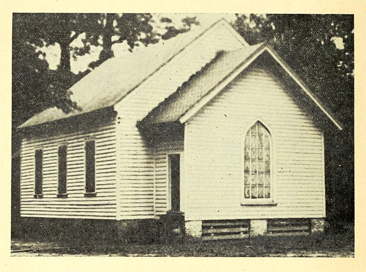 Wills was secretary of the North Carolina Annual Conference for several years and president in 1848, 1849, and 1868. He served the following circuits or stations in the North Carolina Conference: Roanoke, Haw River, Granville, Halifax, Tar River, Greensboro, and LaGrange. A delegate to the General Conference of the Methodist Protestant Church eight times between 1846 and 1877, as well as a final time in 1880, he was appointed as conference evangelist in 1878. When the General Conference of 1866, of which he was president, met in the Georgetown section of Washington, D.C., the members went as a body to call on President Andrew Johnson in the White House. After Wills made a short address, President Johnson spoke. Reportedly Wills, clad in a suit of black homespun, later informed the president with pride: "Sir, the clothes that I have on are entirely of home production, my wife and daughters having dyed, and spun the wool, woven the cloth, cut out the garments and made them with their own hands."

At the General Conference held in Baltimore in May 1877, he was a member of the joint committee that recommended the adoption of the basis for union between the northern and southern branches of the denomination. On 16 May, when they were officially reunited, Wills and his neighbor, Dr. L. W. Batchelor of Brinkleyville, were among those who presented voluntary five-minute speeches. According to church historian Ancel H. Bassett: "Brother Wills proceeded to express the most liberal and kindly feelings and sentiments. . . . He admitted that in time past he had been opposed to the union, but now he felt happy to accept the situation, and pledged himself . . . to do, or say, or attempt nothing calculated to mar the peace of the united church. . . . He adopted the words of the Moabite convert: 'Entreat me not to leave thee.'" His "firm, conservative position on important questions won for him and his Conference the respect and good will of all. He was indeed an important factor in reaching amicable adjustment between the two divisions of the church."

Wills was said to have preached with "almost Pentecostal power," and, at a protracted meeting in Double Springs, Guilford County, a thousand hearers "seemed to have been swayed as by a strong wind." He was "a close student of the Bible, and made it the staple of his excellent sermons. He was also well versed in the economy of his church, clearly comprehended its principles, and was a parliamentarian of decided ability . . . so that as a presiding officer . . . he was preeminent, deciding points of order with readiness and dispatching business with speed."

Journal of the North Carolina Conference of the Methodist Protestant Church and Our Church Record, scattered issues.