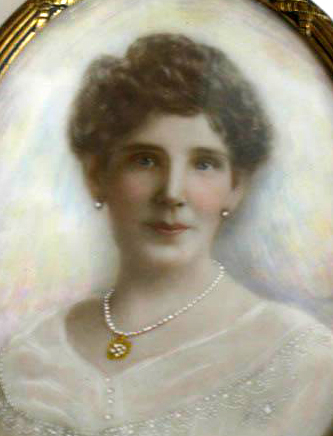 Mary Lyde Hicks Williams, artist, was born in Faison, the daughter of Captain Lewis (Company E, Twentieth North Carolina Regiment, Confederate States of America) and Rachel McIver Hicks. She was a direct descendant of Captain Thomas Hicks, a member of the First, Second, and Third Provincial Congresses and of Henry Faison (1744–88), a soldier of the American Revolution.

Mary Lyde Hicks attended private schools in Faison and was graduated from St. Mary's Junior College in Raleigh. She then studied art and portrait painting in Washington, D.C., and New York. During her lifetime she painted more than five hundred portraits, many of them of political and military leaders. She also did a collection of Negro paintings that later were given to the North Carolina Museum of History.

Mrs. Williams helped organize the Faison-Hicks Chapter of the United Daughters of the Confederacy and from 1912 to 1914 was president of the North Carolina division. For several years she served on the board of the state hospital in Raleigh, and she filled several terms on the State Democratic executive committee.

Mrs. Williams, a Presbyterian, was buried in the Faison Town Cemetery.

Hi Rowland Miller. Have you

Hi Rowland Miller. Have you read the book Isham Rowland (Rody) Williams, Soldier, Lawyer, Friend by Lenoir Mercer Williams Tucker? If not there's a copy in the
library/museum of his hometown of Faison, NC.

I am so happy to have found

I am so happy to have found this article. I am a descendant of one David Gaston Worth of Wilmington, NC, of whom I've found Mrs. Williams painted a portrait in triplicate. One copy hangs in the Wilson library at the Southern Historical Collection at UNC, one is in the possession of my uncle, and I was bequested the third as a 10th anniversary gift, which had been in the hands of my great aunt who recently passed away. I am interested to learn as much as possible about this painting and extraordinary artist. Is there a catalog of Williams' commissions floating around anywhere?

Thanks for visiting NCpedia.  Thank you for sharing your history with NCpedia!

And that's a very good question. I am going to connect you with reference librarians and the NC Government & Heritage Library. A librarian will contact you to try to help you locate this resource, if it exists.

Greetings--
The name of Mary Lyde's son, Isham Rowland, is misspelled in the account above. I'm named for him -- he was my great uncle -- and everybody misspells my name, too.
Best,
Rowland