William Wilkison (or Wilkeson, Wilkinson), Council member, justice, and speaker of the Assembly, moved from Maryland to the North Carolina colony, then called Albemarle, in the 1670s and soon became prominent politically. In November 1679 he was a member of the Albemarle Assembly and sat on the committee to oversee the public accounts. As a committee member and in other ways he aroused the hostility of Robert Holden, secretary and customs collector, who was using his offices to cheat and otherwise abuse the colonists. In the fall of 1860 Holden had Wilkison arrested on trumped-up charges and held prisoner for some months without trial. Two years later, however, Wilkison was among those who helped bring Holden to trial and rid the colony of his presence.

In 1684 Wilkison was a member of Governor Seth Sothel's Council, on which he appears to have sat also in 1687. He may have been on the Council through much of Sothel's administration, of which few records have survived. From March 1682/83 through October 1688 he was a justice of the county court, then the highest court of law in the colony. In 1688 or early the next year he was elected to the Assembly. By July 1689, however, he had resigned his Assembly seat and accepted reappointment to the Council.

Wilkison's resumption of Council membership came in the last days of Sothel's governorship, which apparently ended in late July or early August 1689. As a Council member Wilkison no doubt participated in the decisions and actions that resulted in Sothel's banishment, but records of those proceedings are not extant. He remained on the Council several years after Sothel's expulsion—at least through March 1694/95. He appears to have held no office from 1695 through 1698, but in July 1699 he was appointed to the General Court. He sat on the court through August 1701. Again elected to the Assembly in the early 1700s, he served as speaker in 1703. In addition to his major posts, Wilkison served from time to time in lesser capacities, including colonel of the militia, customs collector, and collector of quit rents. 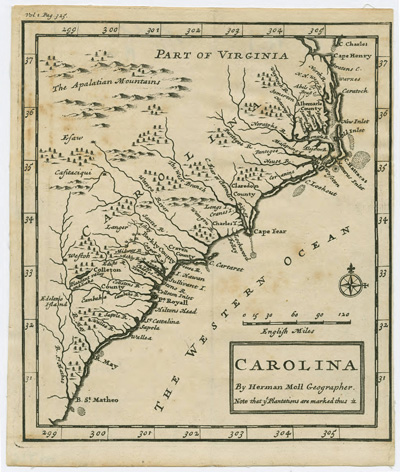 In the 1690s, as in earlier periods, his public career was stormy, but few details of his controversies are known. It is evident that he was particularly hostile towards Daniel Akehurst, a leading Quaker who was secretary of the colony, and towards other Quakers who were prominent in the mid-1690s. There also is evidence that Wilkison used abusive language towards his fellow officials, and there are indications that he prepared and circulated written attacks on officials and governmental policies. In September 1694 the deputy governor, Thomas Harvey, in a letter to the Lords Proprietors, referred to Wilkison's "misdemeanors" and the fact that the Council had removed him from all his offices except that of Council member, from which, Harvey said, they would have removed him had they had legal power to do so. In March 1694/95 the Council ordered that Wilkison and his wife be arrested and brought before them to answer impeachment charges filed by the House of Burgesses. The charges are not specified, and the outcome is not indicated in the few surviving records pertaining to those proceedings. There is little doubt, however, that the result was Wilkison's removal from the Council, either by the Proprietors' action or through the impeachment procedure. Wilkison appears not to have served on the Council after March 1694/95.

In November 1695 the General Court partially disbarred Wilkison and another prominent colonist, Henderson Walker, prohibiting them from pleading as attorneys in that court, except for clients outside the colony, because of their "sundry affronts" to members of the court, all of whom at that time were Council members. Following the court's action, Wilkison burst into a Council meeting and engaged in "some violent discourse," directing his speech particularly to Daniel Akehurst and refusing to interrupt his harangue when Council members attempted to reply. In this episode, as in others, the basic subject at issue is unknown.

By the end of the decade Wilkison was again in good standing with the Council, as is evidenced by his appointment to the General Court, then composed of justices commissioned by the Council. However, the personnel and direction of the government had changed. The Quaker influence, so strong earlier in the decade, had now diminished, and a movement that eventually would result in the establishment of the Anglican church was under way. In 1701, when Anglican parishes were organized under the recently adopted Vestry Act, Wilkison served on the Chowan vestry and was chosen warden at its first meeting. These and earlier circumstances suggest that Wilkison's quarrels with his fellow officials may have been an early manifestation of those differences between Anglicans and dissenters that were to tear the colony apart in later years.

Wilkison lived in Chowan Precinct, where he had extensive landholdings. About 1680 he married Hester Sweatman, a widow, originally from Maryland, for whom he had served as attorney. Born Hester Jenkins, she was the daughter of Walter and Sarah Jenkins of Kent County, Md. Her father died in 1663, and her mother married George Harris of Kent County, who gave Hester a plantation and bequeathed her other property. The Wilkisons appear to have had no children.

In addition to his public concerns, Wilkison had many private interests. He frequently bought or sold land or bought headrights on which he patented land. As a planter he no doubt cultivated his home plantation and perhaps others that he owned. He also conducted a mercantile business involving the export of Albemarle products and the importation and distribution of goods from England and elsewhere. In the early 1700s he owned at least one ship, the Reserve, a vessel of fifteen tons. The Reserve was commanded by John Ingram, who appears to have been Hester's nephew. Also an attorney, Wilkison frequently represented residents of other colonies as well as Albemarle inhabitants in the General Court. He was executor of several large estates and was often appointed by the court to appraise an estate or audit an administrator's accounts.

After 1703 Wilkison took little or no part in governmental affairs. He may have been in failing health, but he attended a vestry meeting in January 1705/6. A month later he was on his deathbed. On 9 Feb. 1705/6 he had a will that he had made in 1704 brought out and read to him and confirmed it to be his last will and testament. On 9 May 1706 the will was proved in court. Depositions that Wilkison made at various times indicate that he was about sixty-one years old when he died.

Wilkison bequeathed his entire estate to his wife, whom he named executrix. Hester, or Esther as she was called in her later years, married Thomas Pollock after Wilkison's death. She died before 28 July 1713, when her will was proved.