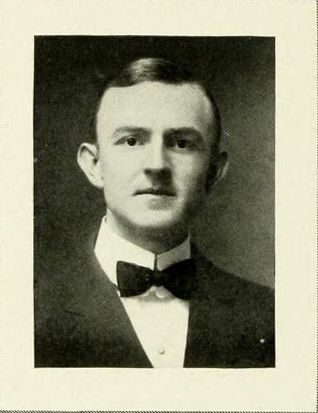 Archibald Lee Manning Wiggins, business executive, was born in Durham, the son of Archie Lee and Margaret London Council Wiggins. In 1913 he was graduated from the University of North Carolina, where he was editor of the student annual, the Yackety Yack, and a member of the Order of the Golden Fleece, a student leadership organization. As a result of advice from two of his professors, he began working with a seed company in Hartsville, S.C., and rapidly advanced to more responsible positions with the firm as well as elsewhere in South Carolina and in the nation.

Over the years Wiggins occupied significant positions in both private and public life, in some of which he began in less important posts and moved to the top. He became chairman of the board of three railroad companies and was president of banks and bankers' associations, including the South Carolina Bankers Association and the American Bankers Association. He was publisher of two newspapers and a lecturer between 1941 and 1957 in the Graduate School of Banking at Rutgers University; under-secretary in the U.S. Treasury Department (1947–48) and special assistant to the secretary (1948–53); and a member of the regional advisory council of the Federal Reserve System. He served as a college trustee, treasurer of an endowment fund, a director of the American Cancer Society, and president of both the Crippled Children's Society of South Carolina and the state's Conference on Social Work. A member of the Southern Baptist church, he held a seat on its home mission board and was president of the Baptist Foundation of South Carolina.