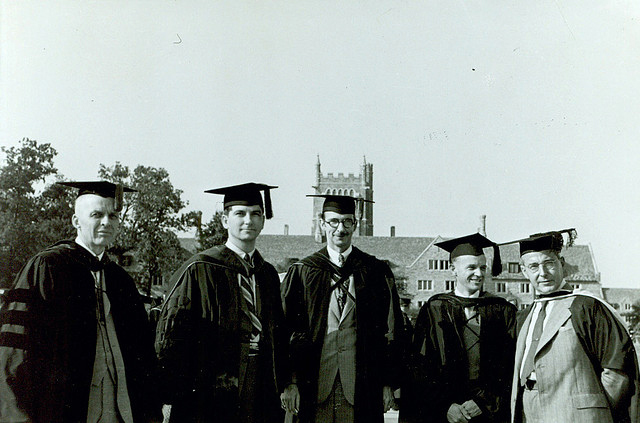 Alban Gregory Widgery, teacher and philosopher, was born in Bloxwich, Staffordshire, England, the son of John Thomas and Ellen Thomas Widgery. His father was a liberal Anglo-Catholic clergyman of very old Devonshire stock; his mother was the daughter of a Welsh farmer of South Wales. When he had qualified through preparatory schooling, he was admitted to St. Catharine's College, Cambridge. In his first year he was a Prizeman but was raised to Scholar at the beginning of his second year. Graduated with a bachelor of arts degree in 1908, he received a master of arts degree from the same institution four years later. He never completed the prescribed work for the doctor of philosophy degree for this reason: "I am convinced that when I took my degree of Bachelor of Arts I had a far wider and more thoroughgoing knowledge of classical works of philosophy than the best of Doctor of Philosophy students with whom I have been concerned in America, even at the time they took the degree."

Throughout his collegiate and research work, his special interest was the philosophy of religion. Widgery "trained himself to be more constructive than critical, explicitly conscious of the importance of a proper balance in one's consideration of the present and the future." With that thinking, he pointed his life towards "an academic career as a scholar and teacher." In Great Britain beginning in 1908 he taught at Bristol University, St. Andrews University, and Cambridge University; he also held appointments in India at Bombay and Amalner. In 1928–29 he taught at Bowdoin College, Brunswick, Maine, and was at Cornell University, Ithaca, N.Y., in 1929–30.

Duke University was ready to expand its Department of Philosophy in 1930 and selected Professor Widgery to become chairman. He stepped down as head of the department in 1946 but continued to teach until 1952. He spent the academic year 1953–54 at Amherst College in Massachusetts and then made his home on a mountain near Winchester, Va., where he died at age eighty-one.

Before going to Duke University Widgery contributed to both scholarly and popular periodicals, was the author of a number of books, and saw some of his addresses and lectures in print. After moving to North Carolina he continued to publish; most notable among his later works are Living Religions and Modern Thought (1936), Christian Ethics in History and Modern Life (1940), and What Is Religion ? (1953). He was not an expansive "joiner," but two groups commanded his interest: the North Carolina Philosophical Society, of which he was founder in 1935, and the American Theological Society, of which he was president in 1940. He expressed considerable satisfaction in the fact that he was an Englishman but said that he found both America and India "always stimulating." He was described as an incomparable teacher, fluent, provocative, and erudite. Those who knew him in the classroom called him "a gracious individual, stern in his demand for individual thinking [and] never allowing placidity in his students." His role in helping to make Duke University a center of intellectual thought and research in a strategic period of its establishment and growth was acknowledged.

Widgery married Marion Wilkins on 21 July 1915, and they were the parents of Rhoda, Claude, and Rolande. Claude died as a young man.