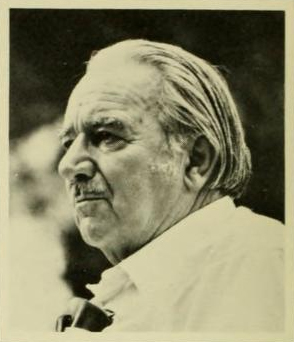 Manly Wade Wellman, writer, was born in Angola, West Africa, the son of Frederick Creighton, a medical officer, and Lydia Jeanette Isely Wellman. In 1926 he was graduated from Wichita Municipal University in Kansas (now Wichita State University) and in 1927 received a bachelor of laws degree from Columbia University. From 1927 to 1934 he was a reporter for the Wichita Beacon and Eagle before embarking on a successful, lifelong career as a free-lance writer. In 1947 he moved to Pinebluff, N.C., but soon settled in Chapel Hill to take advantage of the resources of The University of North Carolina library.

Wellman wrote both fiction and nonfiction for periodicals of many types including mystery, sports, juvenile, scholarly, and general popular magazines. His numerous books were also varied: biography, history (particularly Civil War and local history), folklore, murder, science fiction, travel, and animals, among others. In 1955 he was the recipient of the Edgar Allan Poe Award for nonfiction by the Mystery Writers of America, and in 1978 he was given the North Carolina Award for literature.

He taught classes in creative writing in the Evening College of The University of North Carolina and was widely appreciated for the aid he extended to would-be writers. He read and commented on their efforts and patiently guided many of them to fruitful careers.

In 1930 he married Frances Obrist, and they had a son, Wade. Wellman was a Democrat, an Episcopalian, and an active member of folklore and historical organizations.