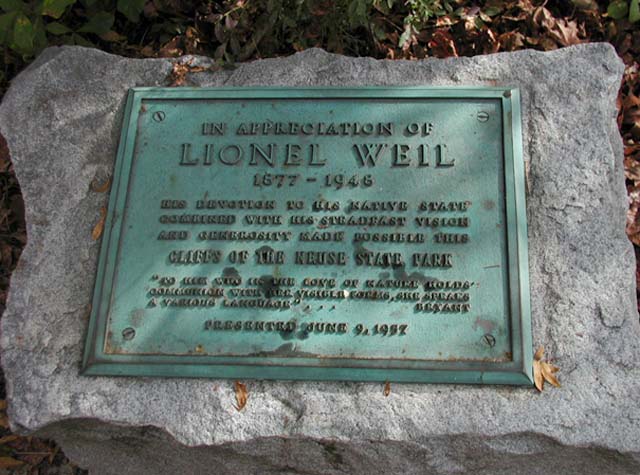 Lionel Weil, agronomist, conservationist, and merchant, was the son of Solomon and Sarah Einstein Weil of Goldsboro, Wayne County. After attending the Goldsboro public schools, he received a Ph.B. degree, magna cum laude in geology, in 1897 from The University of North Carolina, where he was a charter member of Phi Beta Kappa and a member of Alpha Theta Pi fraternity and the Philanthropic Society. On 30 Nov. 1910 he married Ruth Kaufmann Heyn (24 Aug. 1887–21 Dec. 1941), of Toledo, a graduate of the Vassar class of 1901. They had three children: Lionel Solomon, Helene Marie (Mrs. David B. Young), and Ruth (Mrs. William Harris). Weil's second marriage was to Jeanette Wolff Schallek in Baltimore on 22 Nov. 1944.

After graduation from college, he was eager to pursue graduate studies in chemistry at the Massachusetts Institute of Technology but was persuaded by his father to enter the family firm of H. Weil & Bros., in which he became a partner in 1910. From 1904 to 1923 he was an alderman in Goldsboro. As secretary of the City Charter Committee in 1917, he led Goldsboro to become the first municipality in the state to adopt the city manager form of government. A trustee of the Goldsboro city schools for twenty-three years, he also organized the first Community Chest, chaired the Zoning and Planning Committee, headed three drives to raise funds for the building of the Wayne County Memorial Community Building honoring World War I veterans, and helped establish the Orthopedic Clinic for Eastern North Carolina. A member of the Elks, Rotary, and Knights of Pythias, he made time to publish monographs on various aspects of city government.

Knowledgeable in agronomy and preaching diversification of crops, Weil took charge of the agricultural interests of H. Weil & Bros., personally supervising the extensive farms during the depression and experimenting successfully with fertilizers for specific soil deficiencies. He invented an effective device for transplanting longleaf pines and published a practical handbook on Our Native Trees as well as other tracts on farming. In 1932 he started the Weil Fertilizer Works and in 1941 patented a method for stabilizing plant hormones in fertilizers. He was the first president of the State Farm Debt Adjustment Committee; vice-president of the State Tobacco Advisory Commission; director of the North Carolina Forestry Association, National Fertilizer Association, and Rural Industry Committee; and president of the Plant Institute of North Carolina and Virginia. An ardent and foresighted conservationist, Weil donated to the state in 1945 the original 291 acres for the Cliffs of the Neuse State Park.

With other members of the Weil family, he established and endowed the Weil Lectures on American Citizenship at The University of North Carolina in 1915. A charter member of the Friends of the Library of his alma mater, he was elected vice-president in 1946. In memory of his wife he created the Weil Collection of Classics in the Rare Book Room of Wilson Library. His university appointed him a trustee in 1943 and awarded him an honorary doctorate of humanities in 1947.

Lionel Weil died in the Johns Hopkins Hospital after an extended illness. His grave is in the Willow Dale Cemetery, Goldsboro.

Lionel Weil, Fertilizer Suitable for Your Soil (ca. 1937), Goldsboro: Its Government from the Beginning to the Present Time (1923), and Our Native Trees (1924).