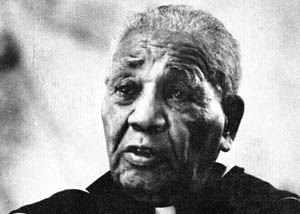 William Jacob Walls, Methodist clergyman, editor, and author, was born at Chimney Rock, the son of Edward and Mattie Edgerton Walls. He received his early education in the Asheville public schools and the Allen Industrial School in Asheville. Shortly before his fourteenth birthday he was ordained to the African Methodist Episcopal Zion ministry at the church's Hopkins Chapel in Asheville. From Livingstone College in Salisbury he received an A.B. degree in 1908, a B.D. degree in 1915, and a D.D. degree in 1918. In 1922 he studied philosophy and journalism at Columbia University and Bible history at Union Theological Seminary in New York. He earned an M.A. degree at the University of Chicago in 1941.

Walls was the author of Wisdom for the Times, What Youth Wants, The Negro in Business and Religion, Joseph Charles Price: Education and Race Leader, The Romance of a College, The Dreams of Youth, Living Essentials of Methodism, Harriet Tubman , and The African Methodist Episcopal Church: Reality of the Black Church.

During the period 1941–73 he was chairman of the trustees of Livingstone College and of the Harriet Tubman Foundation; vice-president of the National Association for the Advancement of Colored People; and a member of the World Sunday School Association, National Council of Churches of Christ in America, and American Bible Society (advisory council, 1941–70). He was also a member of the American Academy of Political Science, Phi Beta Sigma, the Masonic Order, the Odd Fellows, and the Elks.

On 6 Dec. 1956 he married Dorothy L. Jordan. In 1958 he founded Camp Dorothy Walls in Black Mountain. At the time of his death his home and office were in Yonkers, N.Y. Interment was in a family crypt in Lincoln Cemetery, Chicago. Portraits of him are in the Walls Center, Hood Theological Seminary Building, Salisbury; Heritage Building, Livingstone College; and administration building, Camp Dorothy Walls.