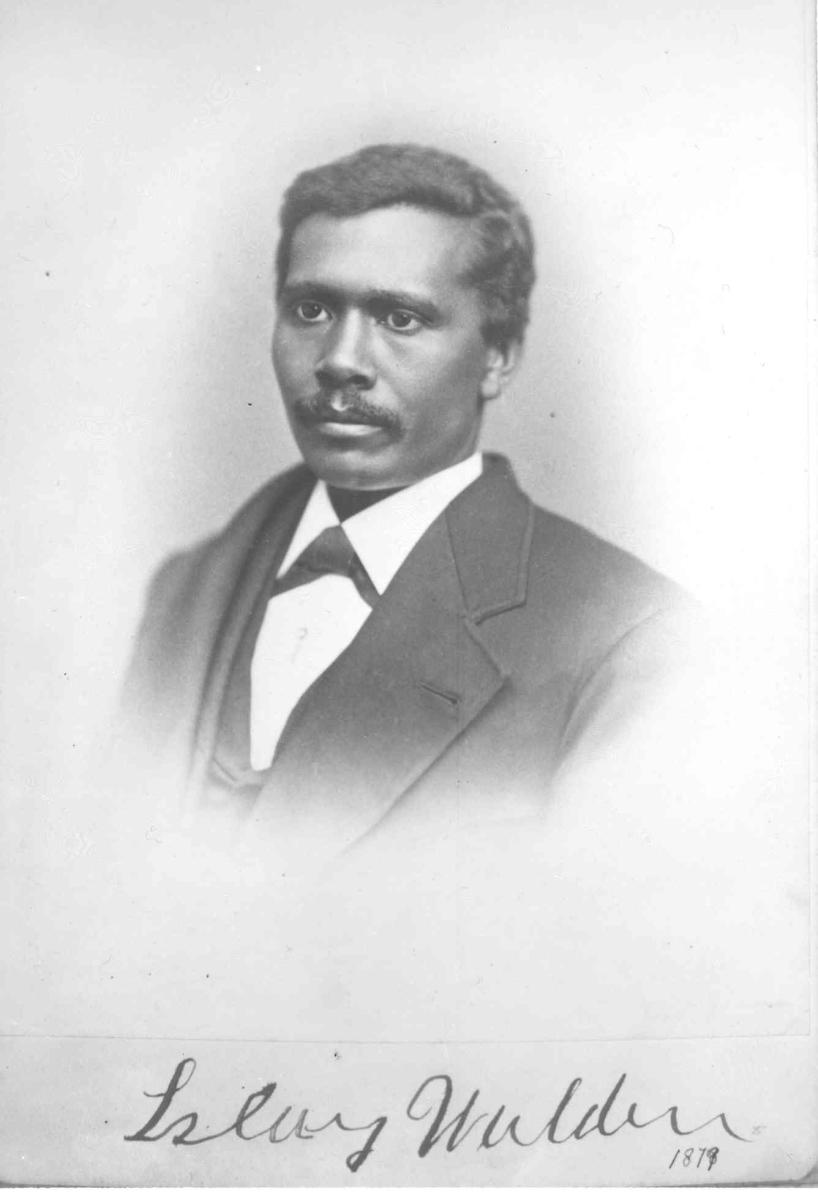 Islay Walden, black poet and Congregational minister, was born in Randolph County, the son of a woman named Ruth who was enslaved by James Gardner and William D. Walden, a free black man. At Gardner's death in 1843, Ruth and her two children were sold to enslaver Dolphin Gardner. Islay was at that time a babe in arms while his sister, Sarah, was two. How many times he was sold to new enslavers after Gardner is unknown.

Islay Walden was blessed with abilities in mathematics and language, which expressed themselves before he was able to read. He was able to calculate difficult arithmetic problems with great speed in his head. His enslaver delighted in exhibiting his prowess and in taking bets on Islay's accuracy with numbers. The youth's ability to form verses was also discovered by his enslaver, who referred to him as a poet. In 1865, at the end of the Civil War, Walden was driving mules in a Randolph County gold mine.

Although threatened all of his life with blindness because of severe nearsightedness, he was determined to learn to read and to become a minister. In 1867 he walked from North Carolina to Washington, D.C., where he supported himself by manual labor and peddling political ballads of his own composition on the street. Meanwhile, he played the good samaritan to indigent black children, giving them what spiritual guidance he could and organizing some of them into a Sunday school.

In 1871, having memorized from an anatomy textbook selected chapters that he delivered—apparently verbatim—as a lecture entitled "Anatomy and Hygiene," he worked his way through Pennsylvania and New Jersey to New Brunswick. In New Brunswick he tarried and acquired friends and patrons. Indeed, in 1872 the Second Reformed Church of New Brunswick gave him a scholarship of $150 a year to Howard University, and he returned to Washington.

Walden finished the normal school at Howard in 1876. Principally to help with his expenses he had published his Miscellaneous Poems in 1872, with a second edition in 1873. Returning to New Brunswick in 1876, he enrolled in the New Brunswick Theological Seminary. The next year he published his Sacred Poems , again as a means of helping to pay for his education. In New Brunswick, as he had done in Washington, he took a philanthropic interest in the local black community. In October 1877, for example, he started a "Student's Mission" for sixty boys and girls whose needs were extremely dire. He maintained this mission for two years.

In May 1879, after completing three years at the New Brunswick seminary, Walden was ordained to the ministry. In the fall of 1879, under the auspices of the American Missionary Association, he went to Lassiters Mills, in the county of his birth, as a teacher and a clergyman. In a forest clearing he began a Congregational church with twenty members. Within a year the membership tripled. His parishioners had no money, but they contributed their labor to construct a school and a church. In dedicating their house of worship in 1880, they named it the "Promised Land Church." Walden had, however, only four years of life left. In 1880 he was a boarder in his sister's home. His wife, Elinora Farmer, is first mentioned in a deed dated 1883. He died childless in 1884 and was buried in the churchyard at Strieby Congregational Church.

Archives of the Reformed Church in America (New Brunswick, N.J.)

Poetry Foundation. "Wish for an Overcoat"  a poem by Alfred Islay Walden. http://www.poetryfoundation.org/poem/236572

Garner, Lacy A., From Slavery to Striby: Black struggles in the backwoods of Randolph County, North Carolina (the author,2009).

Walden's miscellaneous poems: which the author desires to dedicate to the cause of education and humanity (the author, 1873), 96 pages.

"Walden's miscellaneous poems, which the author desires to dedicate to the cause of education and humanity (1872)." Image courtesy of Internet Archive, 2009. Available from https://archive.org/details/waldensmiscellan00wald (accessed March 9, 2012).