Edward Vail, colonial official and member of a large and active family, joined his brother John in 1749 in petitioning the Chowan County Court for permission to operate a mill near Sandy Point. Edward was one of six men who raised troops in North Carolina in 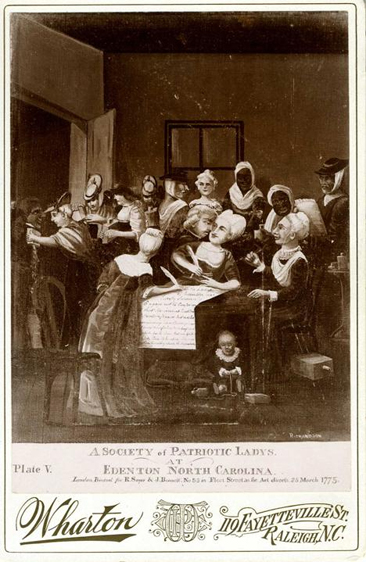 1754 to help defend Virginia during the French and Indian War; they were part of the first troops recruited in British America to fight outside their own territory in defense of a common cause. Vail also represented Chowan County in the Assembly in 1754–62, 1770–71, and 1773–74. Locally he was a member of the county court in 1756 as well as one of five trustees named in 1767 to erect the brick courthouse in Edenton that still stands.

As a colonel, Vail accompanied Governor William Tryon in the 1771 expedition against the Regulators. With the approach of the American Revolution he was one of eight members of the North Carolina Committee of Correspondence in 1768, 1773, and 1774. Remaining active in the militia, Vail was appointed brigadier general of the Edenton District in April 1776 and reelected within a month of his death.

Vail and his wife Susannah, whose maiden name is unknown, had four sons: Thomas, Frederick, Jeremiah, and Edward. Susannah was among the fifty-one "patriotic ladies" who participated in the Edenton Tea Party on 24 Oct. 1774.