John Jarvis III (Jack) Tolson, army officer and pioneer in the use of helicopters in combat, was born in New Bern, the son 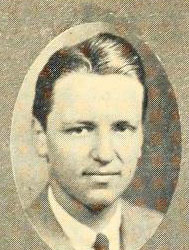 of John Jarvis and Lillian Bartling Tolson. He attended The University of North Carolina in 1932–33 before entering the U.S. Military Academy, from which he was graduated in 1937. In the same year he also was graduated from the Chemical Warfare School and later from the Army Parachute School (1941), Air and Command Staff School (1947), British Staff College (1951), Army War College (1953), and Army Aviation School (1956). He rose in grade from second lieutenant (1937) to lieutenant general (1968).

Serving in Hawaii and the southwestern Pacific between 1937 and 1946, he assisted in activating the 503d Parachute Infantry Regiment in 1943 and jumped with it at the retaking of Corregidor—the first airborne assault operation of U.S. forces in the Pacific. Following a tour of duty in Japan after World War II he served on the staff and faculty of the Air University in Alabama (1946–49) and with the 325th Airborne Infantry Regiment (1949–50). He then was with the 82d Airborne Division for a time and in 1952 served as the U.S. airborne-infantry representative to the United Kingdom.

Between 1953 and 1955 he was assigned to the office of the Assistant Chief of Staff, G-3, Department of the Army. He directed the airborne-army aviation department, Infantry School (1955–56), and was assistant commandant, U.S. Army Aviation School (1957–59); deputy director, army aviation, office of the Deputy Chief of Staff Operations, Department of the Army (1959–61); chief, Military Assistance Advisory Group (Ethiopia) (1961–63); director, army aviation, office of the assistant chief of staff of force development, Department of the Army (1963–65); commanding general, U.S. Army Aviation Center, and commandant, Army Aviation School, Fort Rucker, Ala. (1965–67); commanding general, First Cavalry Division (air mobile), Vietnam, which he led during the Tet offensive and the relief of Khe Sanh (1967–68); commanding general of the Eighteenth Airborne Corps (promoted to lieutenant general, 1 Aug. 1968) and of Fort Bragg (1968–71); and deputy commanding general, Continental Army Command (1971–73). 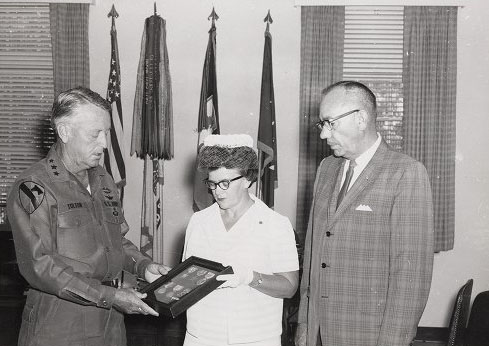 In Vietnam General Tolson and his staff formed and led what has been called "the most deadly unit ever sent to war . . . helicopter-borne sky troops, fast-moving, hardhitting, true descendants of the horse-riding cavalry." He was awarded the Distinguished Service Cross, Distinguished Service Medal with two oak leaf clusters, Silver Star, Legion of Merit with two oak leaf clusters, Distinguished Flying Cross, Bronze Star, Air Medal with forty-four oak leaf clusters, Army Commendation Medal, Purple Heart, Combat Infantry badge, and numerous unit and area ribbons. In 1975 he was named to the Army Aviation Hall of Fame. Tolson retired in 1973 and made his home in Raleigh.

While commanding general of the Eighteenth Airborne Corps at Fort Bragg, Tolson began the army's first drug rehabilitation program. After retirement he became secretary of the North Carolina Department of Military and Veterans Affairs (1973–77), which created the Emergency Operations Center in 1974. The General Assembly in 1973 established an Energy Crisis Study Commission, a cabinet-level panel that Tolson served as chairman.

Tolson married Margaret Jordan Young in 1947, and they became the parents of David Chillingsworth, John Jarvis IV, and Harriet Boykin. He died of a heart attack in Raleigh and was buried in Arlington National Cemetery. He had been a lay reader in the Episcopal church.