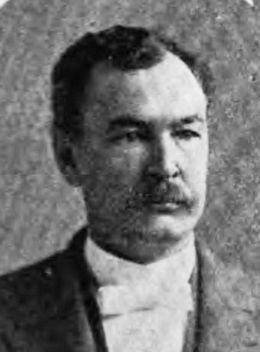 William Leake Terry, Arkansas lawyer and U.S. congressman, was born near Wadesboro, Anson County, the son of William Leake and Mary Parsons Terry. He was related to Colonel W. A. Terry of the Stonewall Brigade, David D. Terry of the California Supreme Court, Colonel Frank P. Leake of Mississippi, and Congressman Walter Leake Steele of North Carolina. His family moved to Tippah County, Miss., in 1857. In 1861, after the death of his wife, the elder Leake went to Arkansas, taking young William with him. In 1864 the father died, leaving William in the hands of an uncle, Colonel Francis A. Terry. Colonel Terry sent William back to North Carolina to Bingham Military Academy and then to Trinity College, where he was graduated in 1872, delivering the valedictorian address.

After a brief study of the law, William returned to Arkansas and was admitted to the Arkansas bar in 1873. He served on the Little Rock city council (1878–79), as city attorney (1879–85), and in the state senate (1879 and 1881). Leake was elected to the U.S. Congress in 1891 and held his seat for the next ten years. A ranking Democrat on the House Judiciary Committee, he was a constant thorn in the side of House Speaker Thomas B. (Czar) Reed. He was defeated for reelection in 1900.

Terry was well known for his legal abilities; "the strongest trial lawyer in the state," one colleague called him. In appearance he was "tall, slender, and handsome. He was blond with an unusually fair complexion." He was married twice: to Mollie C. Dixon (1875–95), with whom he had three sons, and to Florence Forshe, with whom he had a daughter. His son David D. also served in the House of Representatives. A Roman Catholic, William Leake Terry was buried at Calvary Cemetery, Little Rock.