Walter Frank Taylor, lawyer, legislator, and civic leader, the son of Luther and Ettie Crow Taylor, was born on a cotton farm four miles from Faison. When he was fifteen the family moved into town, where the father bought a mercantile business. Young Frank attended Faison Academy and in the fall of 1907 entered The University of North Carolina, where he did well; during his final two years he was a licentiate in Latin. Called "Dean" by his classmates, he took part in intercollegiate debating and was voted best debater in his class. He was associate editor of the Yackety Yack, manager of the baseball team, and a member of Phi Beta Kappa and the Golden Fleece.

After graduation he worked in his father's store for a year before returning to Chapel Hill to enter law school. He passed the state bar examination in February 1914, received the LL.B. degree in June, was awarded the Callaghan Law Prize, won the Senior Law Class Thesis Prize, and accepted a position as law clerk to John D. Langston and Matt H. Allen of Goldsboro. By the fall of 1914 he was a member of the firm of Langston, Allen and Taylor. He became a member of the American Bar Association and the North Carolina Bar Association, serving the latter as president in 1943–44. 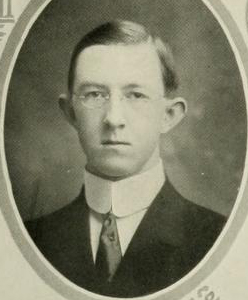 In 1915 Taylor accepted a seat on the The University of North Carolina Board of Trustees, where, except for the years 1931–41, he remained until 1971, when the governing body of the university was changed to a board of governors. At that time he became a member of the board of trustees for the Chapel Hill campus. For twenty-five years he sat on the powerful executive committee. He also served as president of the Alumni Association and on the John Motley Morehead Scholarship Committee.

Taylor's third great area of service was in the General Assembly, first in the senate (1921) and then in the house (1939–52), where he was elected speaker for the 1951 session. He was chairman of the Motor Transportation Commission and a member of the Recodification Commission, Commission to Rewrite Insurance Laws, Committee for Improving the Administration of Justice, State Advisory Budget Commission, and Board of Contracts and Awards. In 1953 Governor William B. Umstead selected him as the governor's legislative counsel in the General Assembly. At various times he was offered a seat on the North Carolina Supreme Court, an appointment to fill an unexpired U.S. Senate term, and the position of treasurer of North Carolina. These he declined, preferring to return home to practice law. He was labeled "conservative" or "liberal" according to the whims of certain politicians. In 1950, when labor unions tried to defeat him because of his stand against the closed shop, he still won election. Described as "a liberal with no wild ideas," he himself said, "I believe in . . . [government] that gives as many services as possible within its means. I do not believe in deficit spending . . . the government should live within a balanced budget."

As a civic leader his activities were varied and numerous. He served on and was sometimes chairman of the boards of the Goldsboro Public Library, Goldsboro Board of Aldermen, Board of St. Paul's Methodist Church, local Kiwanis Club, Wayne County Fair Association, and Community Chest. He also was a director of the Bank of Wayne and a trustee of North Carolina Central College, Durham.

On 16 Dec. 1933 he married Elizabeth Gibson of Faison, formerly of Gibson. They had one daughter, Katharine (Mrs. William F. Baldridge). When he was over eighty, Taylor developed cancer of the liver and died at Wayne Memorial Hospital. Funeral services were held at St. Paul's Church with burial in Willow Dale Cemetery, Goldsboro. A portrait of him was hung in the North Carolina Bar Association headquarters, Raleigh.