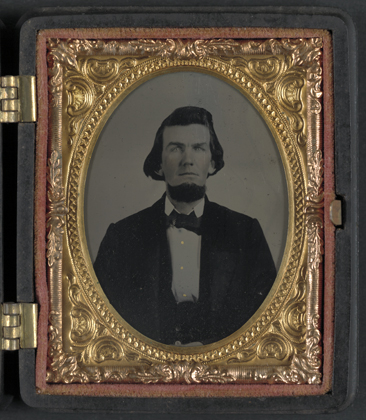 Robert Bean Sutton, Episcopal priest and teacher, was born in Westmoreland County, Va. He was graduated from St. Mary's College, Baltimore, in 1844. After studying for the ministry, he was ordained deacon in 1851 and priest in 1852 by Bishop Nicholas H. Cobb of Alabama.

Sutton began a long career of service in the Diocese of North Carolina in the fall of 1854, when he became rector of St. Stephen's Church, Oxford. During the next four years he added to his field of work St. Paul's Church, Louisburg, and several mission stations in Granville County. Leaving the diocese in late 1858, he served for two years as rector of St. Mark's parish in Frederick County, Md. Sutton returned to North Carolina in September 1860 to begin a ministry of eighteen years in St. Bartholomew's parish, Pittsboro. In addition to that work, he held monthly services at St. Mark's, Gulf, and at two other mission stations. He also provided a monthly service for the residents of the county home.

Shortly after going to Pittsboro, Sutton was faced with the many problems brought on by the Civil War including a congregation that was increased by refugees from the eastern part of the state. He was untiring in his efforts to care for the sick and the bereaved in his parish. At the direction of Bishop Thomas Atkinson, Sutton spent the month of October 1864 as a missionary to the Army of Northern Virginia ministering to the troops in General James H. Lane's brigade near Petersburg. He also spent part of his time in the Winder Hospital in Richmond. In September 1865 he reported that "since the surrender of General Lee, no collections have been made, in consequence of the almost entire absence of money from the community." He was forced to add teaching to his duties "in order to get bread for my family." It was at this time that Sutton established a school for girls. Locust Hill Seminary, which operated successfully during his rectorate, attracted students not only from Pittsboro but from other parts of the state as well. 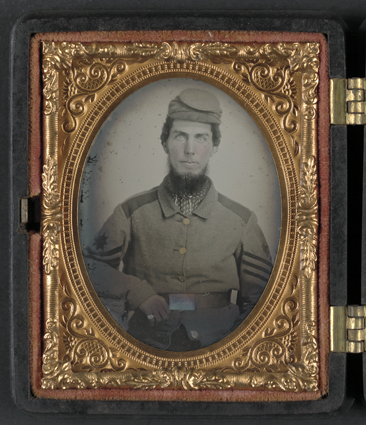 When Sutton resigned as rector of St. Bartholomew's in December 1878, his loss was felt by the whole community, which had come to regard him as "the village priest." In resolutions of regret, his vestry declared that he was distinguished by his acts of "Christian charity" and "untiring and devoted attention to the sick and afflicted, and the poor and needy." For the next two years he was rector of St. Barnabas, Greensboro, and in charge of five nearby missions. He then served for four years as rector of St. Paul's Church, Louisburg.

In the fall of 1884 Sutton became principal of St. Augustine Normal School and Collegiate Institute in Raleigh. During his seven-year tenure, the student body grew from 133 to 167, the curriculum was expanded, and a four-story dormitory and classroom building was completed. In 1891 Sutton resigned as principal to become vice-principal and a member of the teaching staff, posts that he occupied until his death.

Sutton had many important committee assignments in the diocesan convention. He was dean of the Convocation of Raleigh from its organization in 1875 until 1893. In 1874 Rutherford College awarded him the degree of D.D. He died at his home on the campus of St. Augustine's and was buried in the churchyard of St. Bartholomew's, Pittsboro. After his death the Raleigh News and Observer commented: "As a teacher Dr. Sutton was especially distinguished for his patient and painstaking work, and he had in extraordinary measure the faculty of attaching his pupils to him personally, and of calling forth and stimulating their best efforts."

[Chaplain Robert Bean Sutton of the Army of Northern Virginia in uniform and after the war]. Photograph. [between 1861 and 1880?]. Prints and Photographs Division, Library of Congress. http://www.loc.gov/pictures/item/2011661478/ (accessed April 4, 2014). [Two tintype/ambrotype images in a small hinged case.]