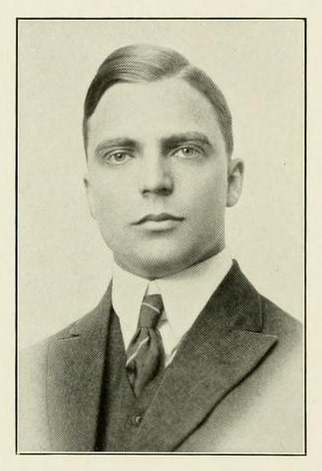 Claiborne Thweatt Smith, physician, was born in Scotland Neck, the son of William Edward, a Confederate veteran, and Virginia Peterson Cocke Smith, a native of Prince George County, Va. He was named for two maternal relatives, John James Thweatt and John Herbert Claiborne, both physicians in Petersburg, Va. After attending local schools, Smith entered Warrenton High School, a boarding school from which he was graduated in 1911. He received a B.A. degree from The University of North Carolina in 1915 after having also completed the first year of the two-year medical course. On finishing the second year of medical school, he entered the medical school of the University of Pennsylvania. After his graduation in 1918, he joined the medical corps of the U.S. Naval Reserve. Having served his internship at the Episcopal Hospital in Philadelphia, he resigned from the navy at the close of World War I.

In 1919 Smith joined the staff of the Boice-Willis clinic and the Park View Hospital in Rocky Mount, the nearest large town to his old Halifax County home. Changes in medical practice came quickly, and he took postgraduate courses at Harvard to study the new technique of electro-cardiography and a course at the Tulane Medical School to study infectious diseases. As a young physician he developed an excellent reputation as a diagnostician. 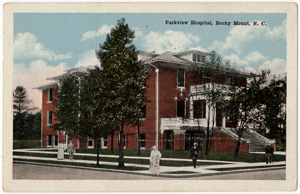 Elected to the American College of Physicians in 1929 and made an honorary member of the American Society of Internal Medicine in 1955, he frequently contributed articles to many medical journals. Smith served as president of the Nash-Edgecombe Medical Society, which he had worked to create from two independent organizations for more effective performance. He also was president of a district of the state medical society. In 1955 The University of North Carolina presented him a distinguished service award for ten years of service on the committee to establish a teaching hospital and four-year medical school on the campus. At the beginning of World War II Smith was named to the state selective service appeal board, on which he served for twenty-five years. He taught in the Park View Hospital school of nursing and arranged, through the Battle Foundation of Rocky Mount, for the creation of a loan fund for the training of student nurses there.

Smith rendered community service in Rocky Mount in a variety of positions, among which were bank director, library trustee, and vestryman and senior warden of the Church of the Good Shepherd. In later years he initiated the restoration of Old Trinity Episcopal Church, near Scotland Neck, for which he was given an award of merit by the Historical Preservation Society of North Carolina. 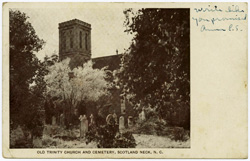 Shortly before his retirement, Smith addressed the local medical society on his sixty years as a physician. His recollections of personal experiences and of his association with physicians who demonstrated the wisdom and understanding of the time-honored practitioner were favorably received. His reminiscences of a time of rapid advances in science were also well understood by the younger physicians in his audience.

In 1923 Smith married Bertha Sears Albertson of Scotland Neck, and they became the parents of Claiborne T., Jr., Maybelle Albertson (Mrs. Falke Bailey Chipley, Jr.), and Elizabeth Herbert (Mrs. John Milton Miller, Jr.). A portrait of Smith by Sara Blakeslee of Greenville is in the possession of descendants. He was buried in Trinity Cemetery, Scotland Neck.