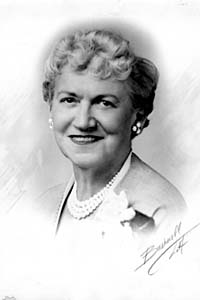 Marian Sims, writer, was born in Dalton, Ga., the daughter of Julian and Grace Gardner McCamy. She was educated in the Dalton public schools and was graduated in 1920 from Agnes Scott College with a major in history and a minor in English. After teaching French and history in the Dalton High School for four years, she became "chief copy writer for a direct-mail advertising firm." In 1927 she married Frank Knight Sims, Jr., a somewhat younger Dalton friend with whom she had grown up. Her brother, Robert G. McCamy, was married to Sims's sister.

After a year in Greensboro, where she began to write, Marian Sims and her husband moved to Charlotte in 1930. Including her first short story in Collier's (23 Dec. 1933), she sold, during the next two decades, forty stories to such magazines as Saturday Evening Post, Ladies' Home Journal, McCall's, Liberty, Pictorial Review, Good Housekeeping , and Woman's Home Companion . Though an expert in the elusive and often frustrating technique so essential to the writing of short stories for the popular slick magazines, she eventually "discovered that my kind of short story was largely a mechanical trick and that the novel would permit more depth and latitude." Her seven novels explored the upper- and middle-class urban South, its politics, its social conflicts, and the personal crises of its people against a background of golf clubs, bridge parties, and summer resorts—a segment bypassed by most southern writers of fiction.

Morning Star (1934) narrates a young woman's reaction to small-town conventions and stodginess. In The World with a Fence (1936), a Georgia schoolteacher leaves the small town for Atlanta to preserve her integrity. Call It Freedom (1937) delineates the problems of a divorced woman in Hanover (Charlotte). The epistolary Memo to Timothy Sheldon (1938) centers on an attractive woman married to one man but in love with another. The City on a Hill (1940), her most remembered work, exposes political skullduggery in Medbury (Charlotte), its chief character closely resembling Mrs. Sims's husband, judge of the Charlotte Recorder's Court. Beyond Surrender (1942) is a historical novel of Reconstruction in South Carolina. In Storm before Daybreak (1946), a returning war veteran becomes involved with his brother's wife.

Mrs. Sims held a fellowship in 1940 at the Bread Loaf Writers' School and Conference in Vermont. During World War II, while her husband was overseas, she lived in Atlanta. In 1949 she wrote the words for Lamar Stringfield's cantata Peace . Mrs. Sims, who had been a Presbyterian and a Democrat, was buried in the Sharon Memorial Mausoleum, Charlotte. A collection of her manuscripts and copies of her magazine short stories are located in the library of the University of North Carolina at Charlotte.

Vertical file in Public Library of Charlotte and Mecklenburg County

I found located in 'Book Of

I found located in 'Book Of Psalm ' Text by Marion Sims "Peace" Music by Lamar Stringfield. Its a single sheet of paper. Extremely aged. Is it a collectors item?