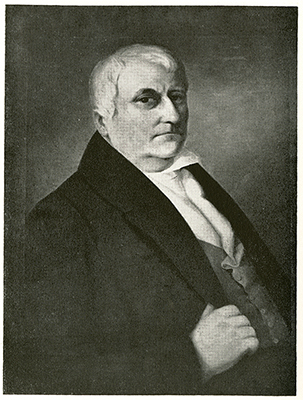 Emanuel Shober, Moravian church official and state senator, was born in Salem, the third child of Gottlieb and Magdalena Transou Shober. He attended the Salem church school and studied law under Archibald D. Murphey of Hillsborough. After receiving his license to practice, he made his home in Germantown for a short time before moving to Salem, where in 1815 he was one of three Moravians to be made agents for a bank.

Elected to the state senate in 1819, Shober served on a committee for education and helped to secure passage of "An Act making the affirmation of Moravians and Menonists evidence in criminal cases as well as in civil controversies in this state." He represented Stokes County as a senator in the general assemblies of 1819–20, 1822, 1824–25, 1827–28, and 1828–29. In 1835 he was elected as an independent to the constitutional convention held in Raleigh. There Shober took a leading part in promoting more liberal constitutional amendment procedures. In opposing the Meares report, he warned that to "adopt a plan by which it shall be necessary that two-thirds or three-fifths of the legislature shall pass upon the subject [of amending the constitution] no amendments to the Constitution would ever be made." In this regard he voted with the rest of the western delegates.

As an advocate for the Moravian church, Shober was ever ready to promote its interest and to serve in its cause. He was a member of the congregational council from 1820 until his death and played a key role in the formation of the law revising the fire code and in the establishment of a fire company in Salem in 1842. He served as captain of the Salem Light Infantry, and during the alarm over a slave revolt near Wilmington in September 1831, he was ordered to be prepared to move his unit to Montgomery County "where a Negro insurrection is in progress." The report of an uprising in the gold mine regions was greatly exaggerated, and the Salem company did not report to Montgomery County. In the same year, however, Shober went to West Point, N.Y., in order to attend the examination of the cadets and possibly to learn more about military affairs in case a real insurrection should occur.

On 8 Jan. 1833 Shober became postmaster at Salem, taking over the job from his father, who with another son, had been in charge since the position was established in 1792. Shober was retained as postmaster until his death.