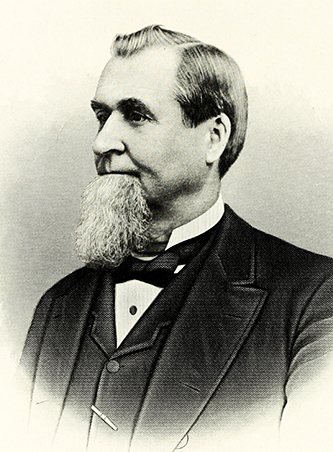 John Bunyan Shearer, educator and minister, was of Dutch, English, and Welsh ancestry. The first of seven children born to Ruth Akers Webber and John Akers Shearer in Appomattox County, Va., he received the usual farm training provided the sons of farmers. In addition, from ages six to seventeen he spent every year except one at Union Academy in his native county. His study of Latin and Greek led to his employment as an assistant instructor of these subjects in Union Academy. At eighteen he entered Hampden-Sydney College, in Virginia, where he was graduated with honors and an A.B. degree in 1851. That fall he embarked on a three-year theological course at the University of Virginia and earned an M.A. degree in 1854. He helped finance his education by offering his services as a tutor, teaching school, and preaching during his stay at the university.

Four years before completing his education, Shearer married Lizzie Gessner at Hampden-Sydney. To him she was a major source of inspiration. In 1858 he finished the theological program at Union Seminary in Hampden-Sydney. Licensed to preach by the Roanoke Presbytery on 17 Apr. 1857, he successively became the pastor of churches in Bethlehem and Concord, a church in Chapel Hill, and the Orange Presbytery. Since the Civil War had left the university in Chapel Hill disorganized, Shearer became pastor of Spring Hill Church, in Halifax County, Va., where he could teach as well as preach.

In May 1870 he took charge of Stewart College in Clarksville, Tenn., and later was made president by the board of trustees. Shearer and one of the institution's chief trustees, the Honorable D. N. Kennedy, became close friends and together were responsible for the founding of Southwestern Presbyterian University in Clarksville (now Memphis). Shearer received a D.D. degree from the McCown School in 1872 and an LL.D. from Southwestern Presbyterian in 1889.

As president of Southwestern Presbyterian University, Shearer organized a faculty and gained support that led to the enrollment of 150 students. At the peak of his accomplishments, however, his health began to fail; indeed, the years 1878–79 were almost totally lost to him because of ill health. Shearer withdrew as head of the university and nominated the Reverend John W. Waddell as chancellor. Still unable to leave the field of education completely, he began to provide biblical instruction in English, Greek, and Hebrew.

Shearer spent nine years laying the foundations and building the walls of the institution and another nine in the classroom teaching. In 1888, after recovering his health, he accepted the presidency of Davidson College, in North Carolina, a position he held for thirteen years. Once more he resigned because of poor health, but he continued to teach his favorite subjects—biblical instruction and philosophy. After the death of Shearer's wife Lizzie in January 1903, the Reverend M. E. Sentelle, D.D., was elected adjunct professor of biblical instruction and professor of philosophy to succeed Shearer.

As a result of Shearer's ministering and teaching, Bethlehem and Concord churches at Hampden-Sydney, Va., and Spring Hill Church at Halifax County, Va., became self-sustaining. The effectiveness of his teaching is demonstrated by the large number of pupils who passed under his tutelage.