Walter James Seeley, electrical engineer and engineering educator, was born at Hazelton, Pa., the son of Frank Wesley and Mame Seaborne Seeley. In 1913 he was graduated from the Polytechnic Institute of Brooklyn, where he received a degree in electrical engineering in 1917. He earned a master's degree in physics from the University of Pennsylvania in 1924 and spent the next two years at Columbia University for special study in engineering. Beginning as an instructor in electrical engineering at the University of Pennsylvania in 1919, he was promoted to a full professor in 1929 and to chairman of the department in 1935. In 1953 he became dean of the College of Engineering at Duke University in Durham and one of the original group of fourteen faculty members named to a James B. Duke Professorship. 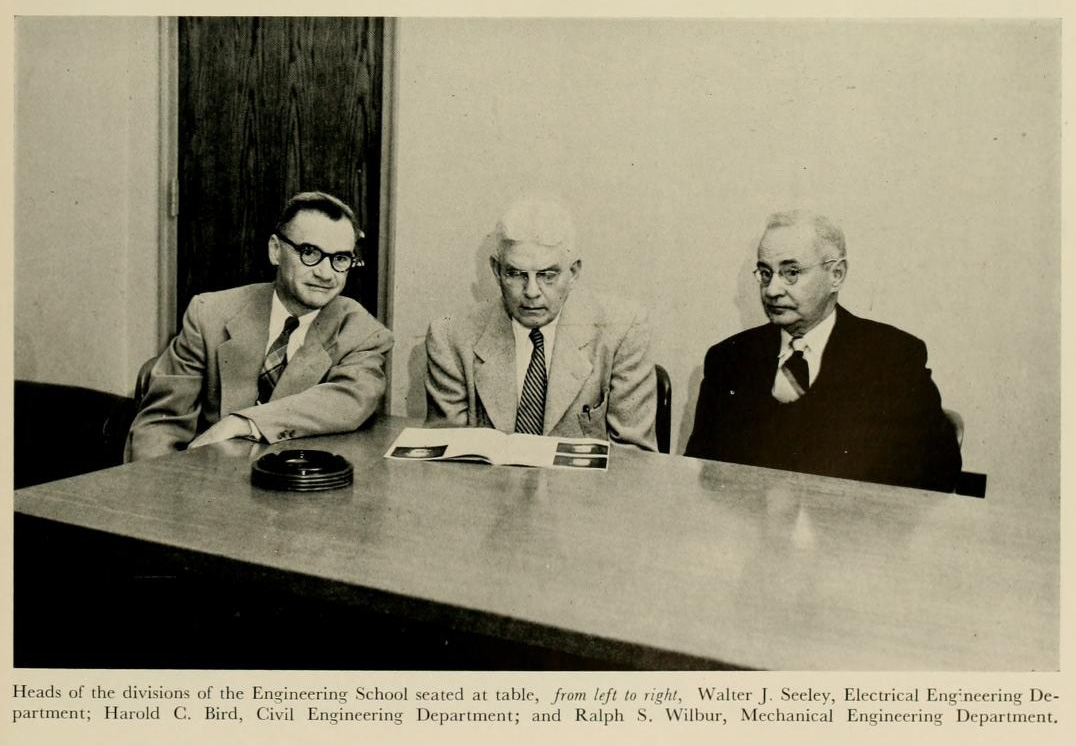 Following his graduation from the Polytechnic Institute, Seeley was commissioned an ensign in the U.S. Navy and worked on antisubmarine devices from 1917 to 1919. For six months he also served at the Navy Radio School at Harvard University. Throughout his teaching career he frequently served as a consultant to municipalities, public utility agencies, and private companies. Among them were Trenton, N.J., for street lighting design; Cheltin Electric Company, Frankford Machine Company, and Gardner and Hepburn, all of Philadelphia, for design of radio equipment; and American Telephone and Telegraph Company, Duke Power Company, Fairchild Airplane and Engine Company, and others for various consultations.

As a resident of Durham he was active with the chamber of commerce, served on a working committee of the Research Triangle Park, and was a trustee of Durham Technical Institute. As a member of the Duke Memorial Methodist Church, he taught a Bible class in the Sunday school and served several terms on the official board of the church.

He contributed to such professional publications as Radiofax (editor, 1925–31), Journal of the American Institute of Electrical Engineers, Journal of Engineering Education, The Mathematics Teacher, and Electric Light and Power. Among his books were Manual of Direct Current and Alternating Current Circuit Experiments (1932), Impedence Computing Tables (1936), and Introduction to the Operational Calculus (1941).