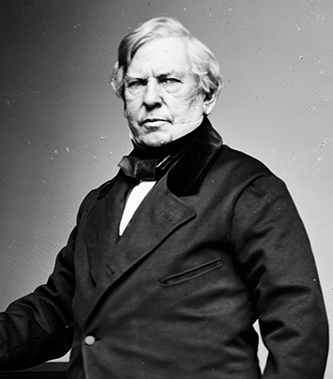 William Winston Seaton, journalist, was born in King William County, Va., at Chelsea, the family home, which at that time contained ancestral portraits and memorabilia. He was one of four sons and three daughters of Augustine and Mary Winston Seaton, married in 1776; the grandson of George and Elizabeth Hill Seaton, married in 1734; and the great-grandson of Henry and Elizabeth Todd Seaton. Mary was the daughter of Samuel Winston of Louisa County, Va., of the family of Winstons of English ancestry, prominent and distinguished for both the leadership of the men and the graciousness of the women. Dolley Payne Todd Madison and Patrick Henry were of this line. Members of the family went to North Carolina, where they were outstanding citizens. Elizabeth, wife of George, was the daughter of Leonard Hill, of King William County. Elizabeth Todd, wife of Henry, was the daughter of "a gentleman of standing" in Gloucester County, Va. Henry Seaton, the eldest son of John, arrived in the colony of Virginia in 1690 with other Scottish Loyalists.

As a young boy William was under the training of tutors in the home. He early developed the love of reading, which was nurtured by the books in his father's fine library. He became interested in the sport of hunting and maintained his enthusiasm for it all his life. As a grown man he owned a farm and a shooting box in Prince George County, Va., and liked to "bag a dozen woodcock" when he was advanced in age. He entered a Richmond, Va., academy kept by Ogilvie, the Earl of Finlater, a Scotsman.

The death of his father occurred suddenly at this time and William, at age eighteen, began what proved to be his lifelong career, that of political journalism. For a short period he was assistant editor of the Richmond Virginia Patriot. He went from there to Petersburg, Va., where he was editor of the Republican. In the spring of 1807 he accepted the offer to become editor of the North Carolina Journal in Halifax, described as the "seat of elegance, wealth, and refinement." Seeking a larger sphere, he moved in 1809 to Raleigh, the "young capital," with a "society refined, intelligent, simple in manners, unaffected in worth." He became associated with Joseph Gales of the Raleigh Register. In 1799 Gales and his wife, Winifred Marshall Gales, had moved from Philadelphia, Pa., to Raleigh, established in 1792 as the state capital. Seaton paid a visit to his uncle, Joseph Winston, at his estate in Stokes County and wrote in a letter that he enjoyed the "full view" of the mountains from there. He was a lifetime lover of nature. On 30 Mar. 1809 he married the Gales's daughter, Sarah Weston.

In October 1812 the Seatons moved to Washington, D.C., where William joined his brother-in-law, Joseph Gales, Jr., on the National Intelligencer. In 1810 Gales had become sole proprietor of the paper formerly owned by Samuel Harrison Smith, who, in turn, had bought the senior Gales's paper in Philadelphia and, on moving to Washington with the government, had rechristened it. In Washington the Seatons enjoyed the esteem and respect of the prominent people of the city. Interesting letters of their life there are quoted in the Seaton biographical sketch by his daughter Josephine. Among them is one telling of the second Madison inauguration. Henry E. Davis gives a good description of their elegant home on E Street, North, built in 1823, where Mrs. Seaton was a charming hostess.

An active public servant, Seaton served as alderman (1819–31); mayor (1840–50), persistently pursuing the cause of public education during his terms; one of the founders of the Washington Monument Society; and treasurer of the board of regents of the Smithsonian Institution from the first meeting in 1846 until his death and on the first building committee. For many years he was an executive member of the American Colonization Society. He freed his own slaves. He enrolled in the Virginia militia and saw service at the Battle of Bladensburg in the War of 1812. He was a Unitarian, a Free Mason, and a Whig.

Seaton always conducted himself with candor and fairness. He wrote, "We established and have always conducted the Intelligencer as an organ of public intelligence and general discussion. We have never lent it to personal predilections or antipathies." His editorials were short and dignified, but it was his shorthand reports of Senate debates that proved to be his best work. The Congress authorized publication of his reports for the Senate, those of Joseph Gales, Jr., for the House, and those of earlier reporters for both House and Senate. They were published by Gales and Seaton in forty-two volumes from 1834 to 1856 as The Debates and Proceedings in the Congress of the United States, more popularly known as The Annals of Congress.

In 1838 Seaton traveled to Canada. In 1855 he went to Europe for three months and called that trip a "steeple chase." In 1859 the Seatons celebrated their golden wedding anniversary. When Joseph Gales, Jr., died in 1860, James C. Welling became associated with Seaton on the paper. On Christmas Day in 1863 Sarah Gales Seaton was buried after an illness of ten days. The National Intelligencer of 31 Dec. 1864 announced Seaton's retirement.

Family records list eleven children for the Seatons: Augustine Fitzwhylson, Julia, Altona, Gales, William Henry, Ann Eliza, Josephine, Caroline, Virginia, Malcolm, and Arthur. The oldest, a West Point graduate, died when his health failed during an expedition against the Indians on the plains of the Ozarks in 1835. A son, aged six, died in 1827 in a riding accident. Josephine survived her parents and published the biographical sketch. Caroline married Francis Schroeder.

In 1974 the National Portrait Gallery of the Smithsonian Institution acquired a portrait of William Winston Seaton. Since it was painted in 1822, it had been in the possession of the family, coming to the present generation through the line of Caroline Seaton Schroeder. It is an oil on paper, mounted on panel, attributed to Joseph Wood (ca. 1778–1830), eight and three-fourths inches by six and one-half inches. The pose is knee-length and bears out the description of him as "tall, vigorous, handsome." A woodcut reproduced in Harper's also shows him as a very handsome man. Clark shows two likenesses: a portrait of G. P. A. Healy and a Mathew Brady photograph.

"A Sketch of the Services of the late Hon. W.W. Seaton in Connection with the Smithsonian Institution, and Some Notices of his Life and Personal Character." Annual Report of the Board of Regents of the Smithsonian Institution. Washington: Government Printing Office. 1867. 80-87. http://books.google.com/books?id=VJsFAAAAQAAJ&pg=RA2-PA80#v=onepage&q&f=false (accessed August 12, 2013).

Thank you for visiting NCPedia and sharing your family history and question.  That's a great question.

It appears that the Library of Congress holds a collection of papers for Gales and Seaton. Here is a link to the record on WorldCat: http://www.worldcat.org/oclc/82223915

I also see that there may be a letter related to William Seaton in the Rush papers at Princeton. Here is a link to the collection finding aid: http://findingaids.princeton.edu/collections/C0079/c07496.

Also, you may want to consult the resources listed with this entry as well as the resources listed in the related entry on Joseph Winston: http://www.ncpedia.org/biography/winston-joseph.  It is possible that the author found the reference in another resources and those sources may lead you to the source of the letter.

Thank you for helping us.

Thank you for helping us. Marie Reedy

I am descended from Ann

I am descended from Ann Winston Shelton, a sister of Mary Winston Seaton and Joseph Winston of Stokes Co., NC. This bio of William Winston Seaton mentioned a letter written about a visit to Joseph Winston. Can someone tell me where any correspondence between Seaton and Winston is archived? I am trying to document Ann Winston Shelton and her husband Samuel Shelton. They had a son Richard Shelton who was born in Louisa Co., Virginia in December, 1779 who we believe was living in Stokes Co., NC with or near his in - laws, William and Frances Jones Barnett, also of Louisa Co., VA by 1806. I would like to read the letters between the families. Thank you.