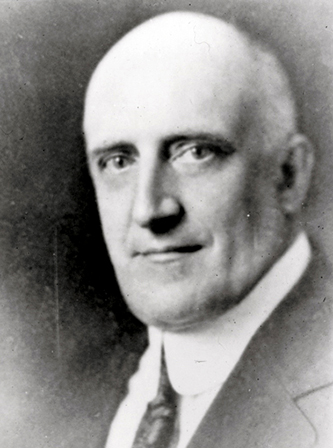 Howard Rondthaler's mother, the daughter of Bishop and Mrs. John Christian Jacobson of Bethlehem, Pa., formerly of Salem, accompanied her husband and their two children to Salem, where she died in 1934. Howard was the younger of the two children. His sister Alice, also born in Brooklyn, was three years older. A second sister, born in Salem in 1879, lived only for five months.

Howard was educated at the Salem Boys' School from 1882 to 1889. He was graduated from The University of North Carolina in 1893 with a bachelor of philosophy degree, only narrowly missing the distinction of Phi Beta Kappa. In 1892–93 he participated in the North Carolina Geological Survey. He received the bachelor of divinity degree from Moravian Theological Seminary in Bethlehem, Pa., in 1896.

On 2 July 1896 he was ordained a deacon of the Moravian church and became, under his father, an assistant pastor of Salem congregation. Put in charge of Christ Church and, at various times, the Fairview, Mayodan, and Moravia congregations, he proved himself worthy of advancement and was ordained a presbyter by his father in 1899. In 1903 he was called to Bethlehem and made resident professor at Moravian College and Theological Seminary, assigned to teach Latin, mathematics, and natural science in the college and homiletics and liturgics in the theological seminary. While in residence he earned a master of arts degree from Moravian College in 1907.

In 1909 Rondthaler was appointed president of Salem Academy and College. President Rondthaler headed the dual Moravian institution for women throughout his forty-year administration, the longest institutional presidency in American Moravian history. The Salem faculty grew from a total of 49 for the combined preparatory and collegiate departments in 1909 to a total of 45 for the college alone in 1949. In 1909 there were 109 students classified as preparatory, while 203 comprised the collegiate group; but by 1949 the college alone included 397 students. In 1909 buildings and grounds were valued at $211,000, with the endowment listed at $40,000. Persistent and fruitful effort by Rondthaler gradually increased the value of assets in both categories. Particularly noteworthy was his success in raising funds in response to challenge grants by the General Education Board and in completing in 1930 the three-building complex that provided an adjoining campus with separate facilities for the academy. Moravians and other local benefactors also contributed monies for the building of a library and other essential structures for the college. In the 1940s Mrs. Hattie M. Strong established a fund for the college and made possible the construction of another residence hall and the refectory. 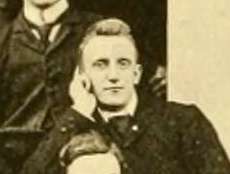 Rondthaler was long and closely associated with his father in the latter's pastoral and administrative labors. In later years he himself was elected a member and vice-president of the Provincial Elders' Conference of the Southern Province of the Moravian church and served with wisdom and faithfulness.

For many years he commanded a loyal and widespread following through the radio broadcast of the lessons that he taught to the Men's Bible Class of Home Church. Travel in England, Europe, Egypt, and Palestine helped to make him effective as a preacher, teacher, and public speaker. He belonged to and advocated the work of the Moravian Society for the Propagation of the Gospel. On 19 Nov. 1947 Rondthaler was elected bishop by the Synod of the Southern Province, and on 12 Jan. 1948 he was consecrated at Home Church.

Identified with various cultural and scientific groups, he held membership in the Cosmos Club, Fossils, Torch Club, Elisha Mitchell Scientific Society, Newcomen Society of Great Britain and America, and North Carolina Literary and Historical Association, of which he was president in 1915. In 1930 he was an incorporator of the Wachovia Historical Society. He also belonged to the Moravian Historical Society (in Pennsylvania) for over half a century. As a student at The University of North Carolina he had been tapped by Sigma Alpha Epsilon and the Order of the Gimghoul.

On 29 Sept. 1898 Rondthaler married Katharine Genther Boring, daughter of Edwin and Elizabeth G. Boring of Philadelphia. They had four children: Theodore E., Edward III, Elizabeth, and Jane. Howard Rondthaler died in Winston-Salem. After his triumphant funeral service at Home Church, on 24 Oct. 1956, he was buried in the Salem Moravian graveyard.