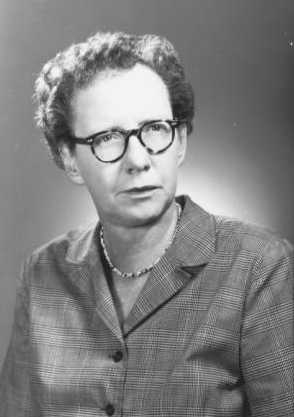 Jessie Clifford Rehder, writer and teacher, was born in Wilmington, the daughter of Carl Frederick and Jessie Steward Rehder, members of the German Lutheran community. She and her three brothers were raised in that faith. Jessie Rehder was educated in the public schools of Wilmington and in 1925 entered Randolph-Macon Woman's College in Lynchburg, Va., from which she was graduated with an A.B. degree in English. In 1931 she received a master's degree from Columbia University. She then did editorial work for the New York publishing house of Harper and Brothers. From 1932 to 1938 she worked as a copywriter for Holde and Horst, and in 1939 she was a play reader for Liebling Wood.

Jessie Rehder worked on a doctorate in education at The University of North Carolina for two years and later taught English in the Chapel Hill High School. At that time she also wrote a book review column and in 1947 was invited by Professor Clifford Lyons to join the staff of the Department of English at The University of North Carolina. She was the first woman to be granted tenure in that department.

In her high school years, Jessie was state javelin throw champion. The year that she played on the state champion girls' basketball team she won the state poetry contest.

Of her personal life, Leon Rooke, one of her students, said, "She could laugh herself into tears with one breath and leap into sorrow with the next. At center she was gently, warm, frail, but she could be tough and hard when the need was there." Of her teaching ability, the Chapel Hill Weekly wrote, "She was a builder of creative fires. . . . When she happened upon an embryo writer, it was like a wildcatter striking the first trace of oil. . . . Although she was an accomplished writer herself, her greatest joy seemed to come from seeing a protege's work in print."

She published widely. The most noteworthy of her works include East Wind's Back (1929), Best College Verse, ed. (1931), Remembrance Way (1962), The Young Writer at Work (1962), The Story at Work, ed. (an anthology), Chapel Hill Carousel (1967), The Act of Writing (1969), and The Young Writer at Chapel Hill, an annual magazine of student works (1962–67). An unpublished manuscript, "The Nature of Fiction," is in the North Carolina Collection, University of North Carolina, Chapel Hill.

Jessie Rehder died at her home in Chapel Hill and was buried in Oakdale Cemetery, Wilmington.