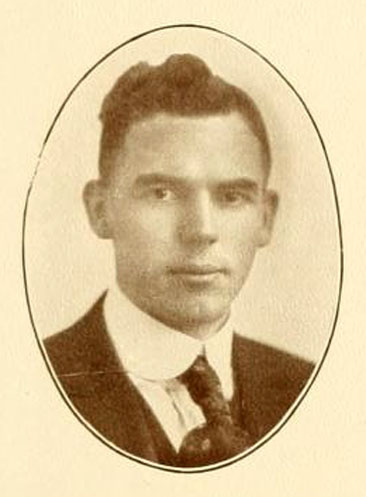 Thomas Edward Powell, Jr., founder of the Carolina Biological Supply Company and related enterprises, was born in Warrenton, the son of Thomas Edward, Sr., and Clara Morton Bobbitt Powell. After attending public schools in Warren County, he earned an A.B. degree from Elon College (1919), an A.M. from The University of North Carolina (1923), and a Ph.D. in biology from Duke University (1930). Honorary doctor of science degrees were awarded by Elon College (1968) and Duke University (1987). From 1919 to 1936 Powell taught biology and geology at Elon College, attaining the rank of professor in 1924. In 1918 he served for three months on active duty in the U.S. Army as a second lieutenant; he continued to serve in the army reserve, advancing to the rank of captain before resigning his commission in 1935.

While teaching at Elon and working towards the doctorate at Duke, Powell perceived the need for a biological supply house that could provide schools and colleges with their laboratory specimens. At the time, only two other businesses in the United States supplied specimens for classroom use—teachers were expected to collect their own protozoan, frogs, and animal skeletons. Powell began his business on a part-time basis in 1927 in a woodshed beside a pond at Elon College. Nine years later he resigned his teaching position to devote full time to management of the growing company. At the time of his death Carolina Biological Supply had operating units at Gladstone, Oreg.; Jonesport, Maine; Warrenton, N.C.; and two locations in Burlington. The company's 1,312-page catalogue listed over 30,000 items including over 90 types of fruit flies and fungi, 235 strains of algae, human and animal skeletons, laboratory equipment, books, scientific models, audiovisuals, charts, and computers.

As a pioneer supplier of biological materials, Carolina Biological made a number of innovations. It was the first to ship living protozoan cultures successfully. In 1940 it was the first biological supply company to inject preserved specimens with colored latex to highlight the circulatory system. The company formulated and produced three laboratory products that simplify complicated laboratory procedures: FlyNap—an anesthesia for drosophila flies; Formula 4–24, an easily managed fly growth medium; and Caro-Safe, a formaldehyde-free, odorless animal preservative. In addition, the company introduced slide strip, a method of preparing microscopic organisms in a plastic strip similar to a filmstrip.

In 1945 Powell founded Waubun Laboratories in Schriever, La., and in 1971 Rana Laboratories in Brownsville, Tex., as an operating division of Waubun. Powell and his children established a number of related companies. Biomedical Reference Laboratories, started in 1969 by three of his sons, was purchased in 1982 by Hoffman LaRoche for $165 million. At his death other Carolina Biological Supply subsidiaries or family-owned enterprises included Wolfe Sales Corporation, Bobbitt Laboratories, Cabisco Sports, Cabisco Teleproductions, Carolina Fitness and Health, and Geoscience Resources.

Powell served from 1934 to 1961 on the Alamance County Board of Education, and he was president of the North Carolina School Board Association from 1943 to 1945. He was instrumental in establishing the Duke University Marine Laboratory and with members of his family he created the Thomas E. Powell, Jr., Foundation, which contributes to the support of science programs at Elon College. At his death he was a member of Front Street United Methodist Church and the United Methodist Church of Macon, N.C.

As chairman of the Board of Carolina Biological Supply, Powell went to his office every day and was active in company management until the last three months of his life. He was buried in Magnolia Cemetery at Elon College.