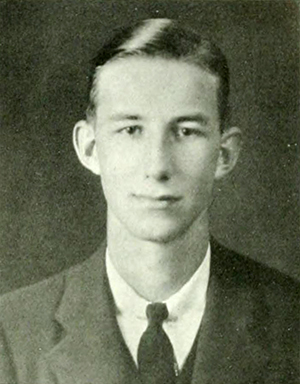 Edward William (Ned) Phifer, Jr., surgeon and historian, was born in Morganton, the son of Edward William and Susan Presnell Phifer. Following graduation from Morganton High School in 1928, he entered Davidson College and received an A.B. degree in 1932. Phifer studied medicine at The University of North Carolina (1933–35) and at Harvard University, where he obtained his M.D. in 1937. After a period as an intern at Yale–New Haven Hospital in New Haven, Conn. (1937–38), and a surgical residency at Long Island College Hospital in Brooklyn, N.Y. (1939–42), he entered military service. From October 1942 to November 1945 Phifer served in the U.S. Army Medical Corps as captain and then major, with twenty-eight months in the African and Italian campaigns, working with a general hospital and auxiliary surgical group.

Son of a well-known surgeon and chief of staff of Grace Hospital in Morganton, the young doctor returned to his hometown to practice surgery; he, too, served as chief of staff of Grace Hospital. He was president of the Burke County Medical Society (1949), charter member and (in 1956) president of the North Carolina Surgical Association, a Fellow of the American College of Surgeons, diplomate of the American Board of Surgery, a trustee of the Regional Health Council of Eastern Appalachia; surgeon of the Southern Railway System; and member of the Society of Southern Railway Surgeons. He belonged to Phi Chi medical fraternity.

Edward W. Phifer, Jr., M.D., was also Edward W. Phifer, Jr., historian. An avocation grew into a full-time occupation following retirement from the practice of surgery early in 1979. His first published article appeared in the North Carolina Historical Review in January 1959. This essay, "Certain Aspects of Medical Practice in the Ante-Bellum Era," was followed by others: "Champagne at Brindletown: The Story of the Burke County Gold Rush, 1829–1835"; "Money, Banking, and Burke County in the Ante-Bellum Era"; "Saga of a Burke County Family," a three-part study of the Averys; and "Religion in the Raw: Cyclone Mack in Burke County, August–September, 1920." In 1963 he received the Southern Historical Association's biennial Ramsdell Award for the best article in the Journal of Southern History ; the winning essay, entitled "Slavery in Microcosm; Burke County, North Carolina," appeared in the May 1962 issue. Phifer was also the author of Burke: The History of a North Carolina County, published in 1977 as part of the county's bicentennial observance. From this book, the North Carolina Division of Archives and History published a pamphlet for its county history series.

His service went beyond the fields of medicine and history. A member of the board of trustees of Davidson College (1961–69), Phifer sat on its executive committee. In 1958 he was made a trustee of the Morganton-Burke Public Library, a post he held until his death. He was elected to the board of education for the Morganton City Schools for the years 1967–69. A leader in the founding of Western Piedmont Community College in Morganton, Phifer was the first chairman of its board of trustees and was again serving in that capacity at the time of his death. His service as a member was unbroken.

Dr. Phifer died after an illness of several months. His funeral was held at Morganton's First Presbyterian Church, which he had served as an elder. He was buried in Forest Hill Cemetery, Morganton.