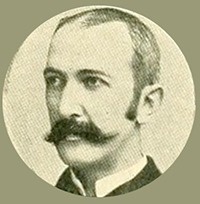 Pearson attended Horner School in Oxford and Princeton University, where he was valedictorian of his graduating class in 1872 and received a master of arts degree in 1875. He returned to North Carolina in 1872 to study law under his father and was admitted to the North Carolina bar in 1874. On 19 June of the same year President Ulysses S. Grant appointed Pearson U.S. consul to Verviers and Liege, Belgium. He resigned the consulate on 22 Apr. 1877 and began to practice law in partnership with John D. Davis in St. Louis, Mo., but was forced to abandon the practice to go back to North Carolina when his father died in 1878.

Pearson was elected as a Democrat from Buncombe County to the North Carolina House of Representatives for the 1885 and 1887 sessions. While in the legislature he was involved in two challenges to duels that were widely publicized. In April and May 1886 Pearson challenged General Johnstone Jones and R. Y. McAden in connection with Pearson's opposition to the Buncombe County Stock Law of 1885. Both challenges were declined.

After changing his political party, Pearson was elected as a Republican from the Ninth Congressional District to the U.S. House of Representatives in 1894 and 1896. He lost the race in 1898 but successfully contested the honesty of the election and unseated his Democratic opponent, William T. Crawford, in a court decision of May 1900. Pearson had been a supporter of the Republican-Populist fusion of 1894, but fusion governor Daniel Russell denounced Pearson for the tactics he employed in the Crawford controversy. 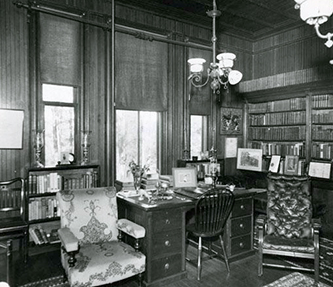 President Theodore Roosevelt appointed Pearson U.S. consul to Genoa, Italy, on 10 Dec. 1901. A year later he was made envoy extraordinary and minister plenipotentiary to Persia, and in 1907 he was appointed to the same position in Greece and Montenegro. He held the latter post for two years before retiring to his home in Asheville, also named Richmond Hill. Pearson was well served in his role of diplomat by his knowledge of the French, German, and Italian languages.

Pearson became discouraged when his friend Theodore Roosevelt failed to win the Republican nomination for president at the Chicago convention of 1912, but he supported Roosevelt in his bid for the presidency as the Progressive party's nominee. After Roosevelt's defeat in the general election, Pearson no longer participated in partisan politics.

In 1882 Pearson married Gabrielle Thomas, daughter of James Thomas, Jr., one of the wealthiest tobacco planters in Virginia. The Pearsons had four children, two of whom lived to maturity. Richmond, Jr., died in infancy, and another son, also named Richmond, died of scarlet fever at age sixteen. A daughter, Marjorie, and a son, Thomas, outlived their parents. Pearson died at Richmond Hill after an acute illness of two weeks and was buried in Riverside Cemetery, Asheville.