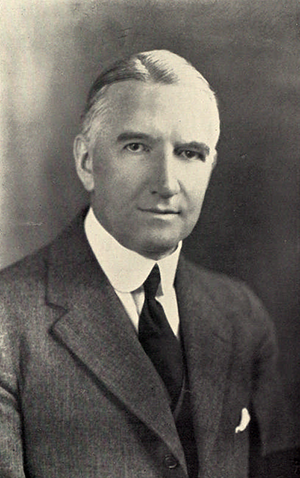 From 1911 Patterson was also dean of the school of applied science. On leave from the university in 1915–16, he was connected with the American Machine and Foundry Company, in New York, which was engaged in manufacturing munitions. In 1927 the University of Georgia granted him the honorary Sc.D. degree. He was a Fellow of the American Association for the Advancement of Science and a member of the American Meteorological Society, American Physical Society, Society for the Advancement of Engineering Education, North Carolina Academy of Science, and Elisha Mitchell Scientific Society and served as president of the latter two organizations. Among his contributions were studies of X-rays, high tension phenomena, lightning discharges, and atomic structure. As a supporter of intellectual freedom, he was effective in the fight to permit the study of evolution in North Carolina. An advocate of high athletic standards and ideals in southern colleges and universities, Patterson was a founder of the Southern Intercollegiate Athletic Association.

His wife was Eleanor, daughter of Eben Alexander, professor of Greek at The University of North Carolina. Their children were Mary Fries and Howard Alexander. An Episcopalian, Andrew Patterson was sometime senior warden of the Chapel of the Cross in Chapel Hill; he was buried in the Moravian Cemetery, Winston-Salem.