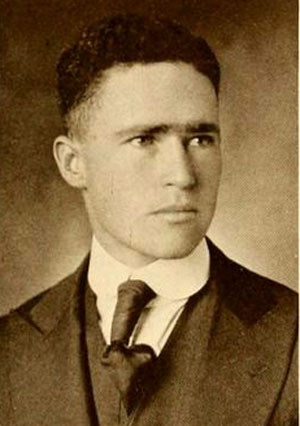 John William Roy Norton, public health administrator, was born in rural Scotland County, near Laurinburg, the son of Lafayette and Iola Josephine Reynolds Norton. He was graduated from Trinity College, Durham, in 1920 after majoring in economics and English. During the next two years he served as principal and athletic coach at the Laurinburg high school. Returning to Trinity, he studied law during the session of 1922–23 but decided not to pursue that course. After another year as principal and coach in a different Scotland County school, he entered the two-year School of Medicine at The University of North Carolina, receiving a certificate in 1926. In 1928 he was graduated from the Vanderbilt University School of Medicine.

After his internship and a year of residency in Detroit, Norton became chief of the medical department of a clinic in Fort Smith, Ark., for the year 1930–31. Returning to North Carolina, he was superintendent of health for the city of Rocky Mount until 1935, when he enrolled in Harvard University's School of Public Health under the guidance of Dr. Milton J. Rosenau. After receiving a degree in public health, he became assistant director of county health work with the North Carolina State Board of Health; a year later he was named assistant director of preventive medicine. When Dr. Rosenau joined the public health faculty at The University of North Carolina, Norton went to Chapel Hill as professor of public health administration.

Norton served briefly as a private and a second lieutenant in World War I, but with the advent of World War II he became a medical officer. At first he was in charge of camp sanitation at Fort Bragg; later he saw service in North Africa and Italy and in London. Eventually attaining the rank of colonel, he was reassigned to the United States and placed in charge of the sanitation facilities in all army installations in seven northwestern states. After the war, he served for several years as chief health officer of the Tennessee Valley Authority. In 1948 he became North Carolina's state health officer, a post he filled ably for seventeen years. Under his leadership, successful attacks were made on tuberculosis and Bang's disease, and an informative program of planned parenthood was developed. From time to time Norton served as visiting professor of public health administration at The University of North Carolina. He also served on numerous professional boards and committees and wrote instructive articles and pamphlets, some of which were distributed nationally. Among the latter were papers on rabies and diphtheria control, suggestions for planning a public health program, and public health aspects of civil defense.

Norton was active in many local, state, and national professional organizations, many of which he served as an officer, and he received a number of awards and citations. A member of the Methodist church, he often served as a steward and a Sunday school teacher. In 1928 he married Juanita Harris Ferguson, of Jackson, Miss., and they were the parents of three children: Geraldine (Mrs. Charles Aquadro), Jean (Mrs. Henry Dickman), and Lafayette Ferguson. Norton was buried in the family cemetery near Laurinburg.