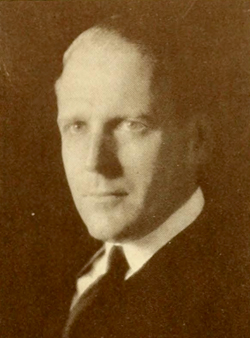 Having decided on a career in research, Murphy entered the Rockefeller Institute in 1910 as an associate in pathology and bacteriology. Here he remained for his entire professional career, with a short hiatus for military service during World War I, later becoming an associate and life member of the institute. During the war, with the rank of major in the U.S. Army Medical Corps, he served as assistant to the surgeon general and rendered distinguished service under General William C. Gorgas. On his return to civilian life, he eventually became head of the laboratory for cancer research at the Rockefeller Institute, a position he held until a few months before his death.

Murphy's research dealt chiefly with the effects of X-ray on the human body, the role of lymphocytes in establishing immunity to transplanted cancer, the discovery of growth-inhibiting substances in normal tissues, and various aspects of the agents that produce malignant tumors. He was active in the fight against cancer and served on many national and international boards in this regard. A prolific contributor to scientific journals, he was widely regarded as a lecturer and teacher. Murphy was the recipient of many honors, including the Belgian Order of Leopold and the Chinese Order of Merit. In 1927 he received an honorary degree from the University of Louvain and an Sc.D. from The University of North Carolina; Oglethorpe University awarded him a D.Sc. in 1938.

In 1919 Murphy married Ray Slater of Boston, a direct descendant of Samuel Slater, an Englishman who immigrated to New England at the end of the eighteenth century and is credited with founding the American cotton-spinning industry. The couple had two sons: James Slater and R. Livingston. James S. Murphy was graduated from Johns Hopkins in 1945, and like his father, became a research physician at the Rockefeller Institute; by his wife, Margaretta Fitler of Philadelphia, he was the father of four children.

After a short illness, Murphy died at Bar Harbor, Maine, not far from his summer home at Seal Harbor. During the summer months he had been active in medical and civic affairs in Maine.