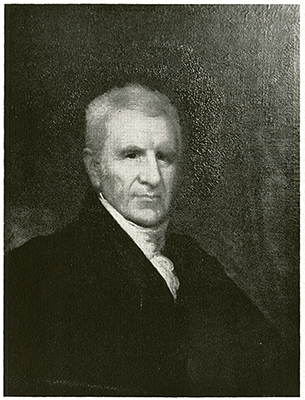 Jacob Mordecai, merchant and educator, was born in Philadelphia, the oldest son of Moses and Esther Whitlock Mordecai. His father, a Jew and a native of Germany, migrated to New York in 1760 and later moved to Philadelphia, where he became a merchant. He was a signer of the Non-Importation Act of 1765. Jacob's early formal education, which he received at private schools in Philadelphia, was slight, but it was supplemented by what he learned at home and in the synagogue and by what he taught himself as he grew older. He early gained a reputation for being a thorough and highly literate scholar. Deeply religious, he eventually mastered the Hebrew language and became a recognized authority on Jewish literature and Old Testament interpretation. As sergeant of a youthful rifle corps, he had the honor in 1774 of escorting the First Continental Congress from Frankford into Philadelphia.

Mordecai learned the mercantile business in the countinghouse of David Franks; in 1781 he moved to New York and went into business for himself. In 1792, following brief mercantile ventures in both Petersburg and Richmond, Va., he established his residence in Warrenton, N.C., where he became a dealer in tobacco, cotton, grain, and other commodities. Although he and his family were the only Jews in Warrenton and among the few in North Carolina, and he was a strict observer of the laws and customs of his religion, Mordecai encountered no discrimination and soon became a popular and respected member of the community. In 1797 he was elected master of the Masonic lodge in Warrenton, a post he held for at least three years.

For fifteen years his business flourished, but in 1807 heavy losses in tobacco speculation forced him into bankruptcy. As a result, he was obliged to accept a position as dormitory and dining hall steward at the Warrenton Male Academy in order to support his growing family. In 1809, at the request of a group of influential townspeople, he opened a boarding school for girls. Known first as the Mordecai Female Seminary and later as the Warrenton Female Academy, the school offered instruction in English, writing, mathematics, history, geography, Greek, Latin, and composition—all usually taught by members of the Mordecai family—as well as drawing, plain and ornamental needlework, music, and dancing. Throughout the ten years (1809–18) that Mordecai was proprietor and principal of the academy, he, his oldest daughter, Rachel, and his son Solomon bore the main burden of instruction, Rachel being especially helpful to her father. Daughters Caroline and Ellen also became members of the teaching staff. Jacob Mordecai and Solomon wrote several of the textbooks used in the school. By 1811 the academy had acquired a reputation throughout the Southeast for giving girls a thorough and lasting education. 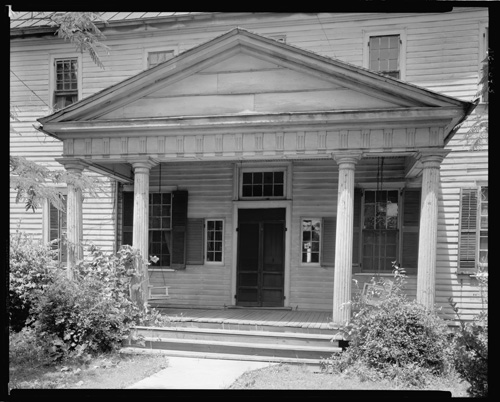 The academy was a financial as well as an educational success, and by 1818 Mordecai had accumulated a modest fortune. Moreover, he had grown tired of his arduous life as an educator and decided to retire to a farm. In December he sold the academy and the following April moved his family to Spring Farm, a plantation he had purchased near Richmond, Va. He later resided in Richmond, where he died at age seventy-six.

Mordecai's first wife was Judith Myers of New York. Following her death in 1796, he married her half sister, Rebecca. Of his numerous children, six sons and seven daughters lived to maturity. His oldest son, Moses (b. 1785), became a prominent member of the North Carolina bar. His second son, Samuel, who served as business agent of the Warrenton Female Academy during his father's tenure as principal, became a successful businessman in Richmond and wrote a history of that city. His third son, Solomon, studied medicine in Philadelphia and moved to Mobile, Ala., where he became a popular physician. His fourth son, George Washington Mordecai (1801–71), a longtime resident of Raleigh, was a highly successful lawyer, railroad president, and banker. His fifth son, Alfred (1804–87), a graduate of West Point, rose to the rank of major in the U.S. Army but resigned his commission at the beginning of the Civil War rather than bear arms against either his Northern or Southern relatives and became a mathematics teacher in Philadelphia. From 1865 to 1866 he served as assistant engineer of the Mexico and Pacific Railroad, and from 1867 until his death he was secretary and treasurer of canal and coal companies owned by the Pennsylvania Railroad Company. The youngest of the Mordecai sons, Augustus, was a farmer near Richmond. Emma (1812–1906), the youngest daughter, spent much of her long life in educational and religious work.

Mordecai's opinions on political and economic issues were seemingly compatible with those of the Southern wing of the Whig party, which emerged on the national scene during the last years of his life. His portrait, oil on canvas, painted by Wesley Jarvis in 1826, portrays an erect, elderly gentleman with white hair, blue eyes, and a clear complexion wearing a black coat, black silk vest, and white stock. As of 1963, it was owned by Jacob's great-great-grandson, William Grimes Mordecai, of Raleigh.

Gratz Mordecai, "Notice of Jacob Mordecai, Founder and Proprietor from 1809 to 1818 of the Warrenton (N.C.) Female Seminary," Publications of the Jewish Historical Society, no. 6 (1897).

James A. Padgett, ed., "The Life of Alfred Mordecai as Related by Himself," North Carolina Historical Review 22 (January 1945).