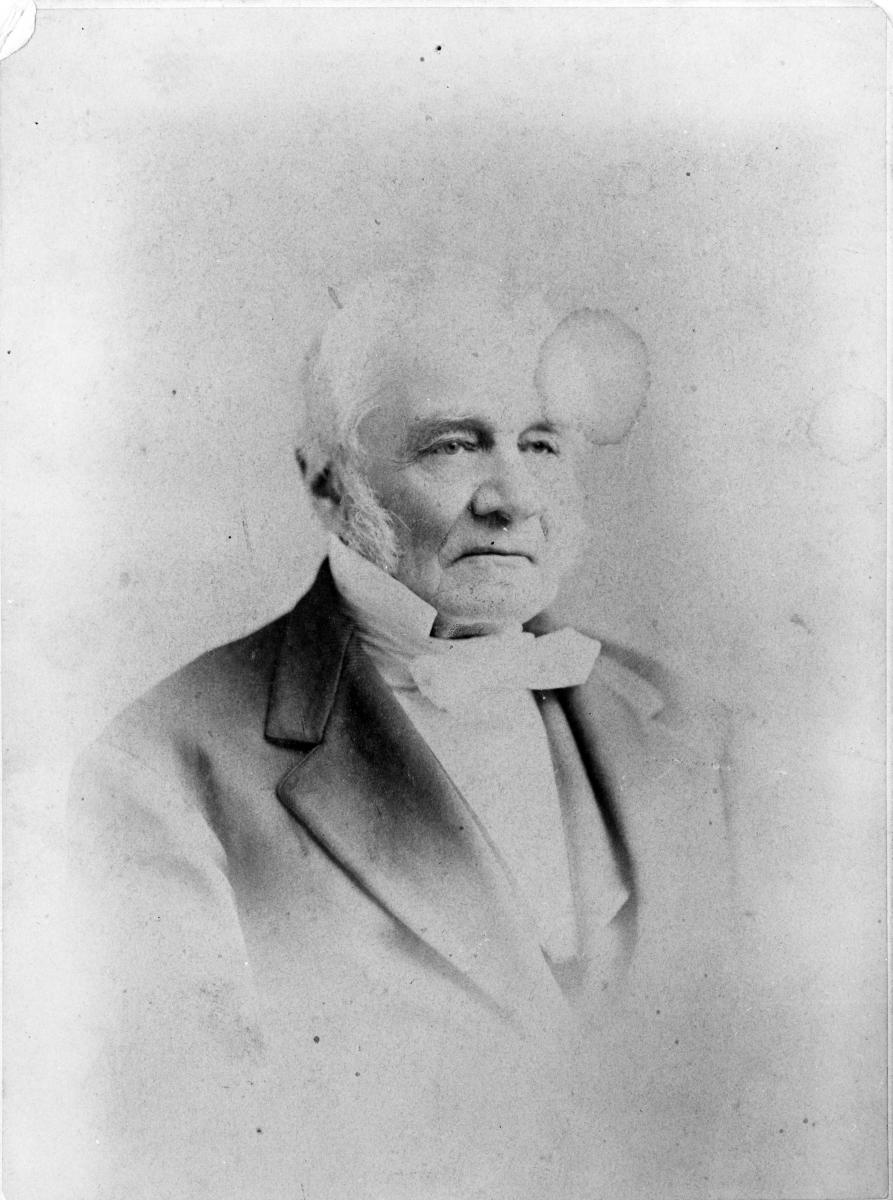 Alfred Mordecai [read: MOR-de-kee], U.S. Army major, engineer, and teacher, was born in Warrenton, the son of Jacob and Rebecca Myers Mordecai. He was the ninth of thirteen children who included Moses, a member of the North Carolina bar; Samuel, a merchant in Richmond and author of a history of that city; Solomon, a physician in Mobile, Ala.; and George Washington, of Raleigh, a lawyer, railroad president, and president of the Bank of North Carolina.

Jacob Mordecai owned and operated the Warrenton Female Seminary, and Alfred received his early education from members of the teaching staff, chiefly those of his own family. He was well prepared when he received his warrant to the U.S. Military Academy on 24 June 1819. In his third year he was appointed acting assistant professor of mathematics, a post that he held until 1 July 1823, when he was graduated first in his class and commissioned second lieutenant in the U.S. Army Corps of Engineers. He remained at the academy as assistant professor of natural and experimental philosophy in 1823–24 and as principal assistant professor of engineering in 1824–25.

On 12 July 1825 Mordecai left West Point to become assistant engineer in the construction of Forts Monroe and Calhoun, which were built for the defense of Hampton Roads, Va. In 1828 he was transferred to Washington, D.C., as assistant to the chief engineer of the U.S. Army. Promoted to the rank of captain of ordnance in 1833, he was placed in command at the Washington Arsenal as assistant ordnance officer. In 1833 the secretary of war, General Lewis Cass, instructed him to prepare a bill, requested by the House of Representatives, reducing into one act all of the acts of Congress relating to the army. In producing the draft of this bill, Mordecai made an abstract of all the laws then in force. This was printed under the title, A Digest of the Laws Relating to the Military Establishment of the United States (1833), and became a useful army reference.

Mordecai was on leave in Europe in 1833–34. On his return he commanded the Frankford, Pa., arsenal until 1838, when he was appointed assistant to the chief of ordnance in Washington. In 1839 he became a member of the Ordnance Board, which met annually and on which he sat for the remainder of his military career. For a nine-month period in 1840, he was a member of a commission sent by this board to visit the arsenals and cannon foundries of Europe in order to report on the latest artillery improvements there. After settling in at the Ordnance Office, Mordecai began preparing a much-needed ordnance manual for the use of ordnance officers and the army in general. Despite the interruption of his official trip to Europe, The Ordnance Manual for the Use of Officers of the United States Army was published in 1841. He prepared a second edition in 1850.

In 1842 he was made assistant inspector of arsenals and was engaged in constructing and experimenting with ballistic pendulums and gunpowder. In 1844 he was placed in command of the Washington Arsenal, where he continued this work, the results of which were published in 1845 under the title Report of Experiments on Gunpowder. This report, which was subsequently translated into French and German, is the document by which Mordecai is best known in this country and in Europe. He remained in command at the arsenal during the Mexican War and in recognition of the value of his work—both illustrated and tested in the Mexican battles—was brevetted major on 30 May 1848 "for meritorious conduct particularly in the performance of his duties in the prosecution of the war with Mexico." Earlier, in 1843, Mordecai had been appointed to the West Point Board of Visitors.

In 1853 Mordecai was selected by Secretary of War Jefferson Davis for a secret mission of international diplomacy. He traveled with a small entourage into Mexico to investigate the Gardiner claims, paid out under protest by the Mexican government, as set forth in the peace treaty following the Mexican War. This claim was proven fraudulent and $500,000 was refunded to Mexico. In 1855–57 he was sent, along with Captain George B. McClellan, as a member of a military commission to act as an observer during the Crimean War. His observations were published by order of Congress in Senate Executive Document No. 60 (1860).

In 1857 he was put in command of the Watervleit Arsenal near Troy, N.Y., and in 1860 he was also a member of the board to revise the course of instruction at West Point. With the advent of the Civil War, Mordecai resigned his commission in May 1861 and retired to private life in Philadelphia, unwilling "to forge arms to be used against his aged mother, brothers and sisters in the south." Prior to his resignation he had requested some other position but was refused.

His daughters were teachers in Philadelphia, where he taught mathematics until the war ended. In 1865 he became assistant engineer for the Mexico and Pacific Railroad in the construction of trunk lines from Vera Cruz through Mexico City to the Pacific. When the railway operations were suspended in 1866, he returned to the United States. From 1867 until his death, Mordecai was secretary and treasurer of the Pennsylvania Canal Company, which comprised the canal and coal companies controlled by the Pennsylvania Railroad. A portrait of him now hangs in the room he occupied at that company.

On 1 June 1836 he married Sara Hays of Philadelphia, and they were the parents of eight children: Laura, Rosa, Alfred, Frank, Miriam, Emma, Augustus, and Gratz. Young Alfred, like his father, was a graduate of West Point. Unlike his father, however, he fought for the Union forces in the Civil War and retired from the army in 1904 as a brigadier general.

Mordecai died in Philadelphia. He had been one of the first Americans of the Jewish faith to choose the army as a career.

James A. Padgett, ed., "The Life of Alfred Mordecai as Related by Himself," North Carolina Historical Review 22 (January 1945).