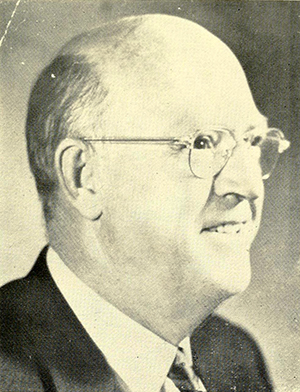 Forrest Orion Mixon, Baptist clergyman, denominational leader, and college president, was born at Early Branch, Hampton County, S.C., the tenth of eleven children of William Pearson and Sallie Shuman Mixon. His father, a farmer, descended from John Mixon, who, as an indentured servant, emigrated from southern England to eastern Virginia in 1649 or 1650. His maternal grandfather and great-grandfather were Baptist ministers who served churches in eastern South Carolina.

As a teenager Mixon worked in a mercantile business owned by his oldest brother, and during World War I he served for a year in the merchant marine. Following the war, he became involved in Sunday school work in his community and in 1922 determined to become a minister. After one year of preparatory work at Spartan Academy in Groce, S.C., he was ordained into the ministry of the Baptist church and admitted to Furman University, which awarded him an A.B. degree with honors in 1926. That fall he entered Southern Baptist Theological Seminary, in Louisville, Ky. In 1929 he received a Th.M. degree and accepted the seminary's invitation to become a teaching fellow in the department of church history. In that capacity he continued his studies, earning a Ph.D. degree in 1932. Furman University awarded him an honorary D.D. degree in 1947.

In 1929 Mixon married Daisy Lou Major, of Belton, S.C., then a student at Southern Baptist Theological Seminary, from which she earned an M.R.E. degree in 1931. They later had two children: Forrest Orion, Jr., and Carole Lynn Mixon Hale.

In 1943 Mixon moved to Raleigh to become pastor of Tabernacle Baptist Church, then the largest Baptist church in the state. While in that position, he helped to initiate and support a movement to encourage members of the downtown Baptist churches to move out and establish neighborhood churches throughout suburban Raleigh. From this movement emerged Forest Hills, Ridge Road, St. John's, and Longview Gardens Baptist churches. He also became deeply involved in the work of the North Carolina Baptist State Convention, serving as a member of its general board from 1947 to 1951 and as president in 1949 and again in 1950.

On 23 July 1951 the trustees of Chowan College invited Mixon to become president of the college. Because of declining enrollment and financial problems, this Baptist institution had found it necessary to assume junior-college status in 1937 and had been forced to suspend operations from May 1943 to September 1949. When the trustees approached Mixon in the summer of 1951, the school was again without funds, faculty, and students; several of the trustees believed that a second suspension of operations was inevitable. Nevertheless, Mixon accepted the post and in September opened the school with 131 students. From then until his death, he worked untiringly to establish the college on a secure footing. During his tenure, Chowan doubled its student enrollment, erected six new buildings on campus, established a graphic arts department, and completed the steps necessary for accreditation by the Southern Association of Colleges and Schools. Accreditation was awarded two months after his death.

Mixon died of a heart attack at his home in Murfreesboro. He was buried in Montlawn Cemetery, Raleigh.