Benjamin Franklin Mebane, Jr., textile industrialist, was born in Mebansville, the son of Dr. Benjamin Franklin, of patent medicine fame, and Frances Lavinia Kerr Mebane. He was educated at the Bingham Military School in Mebane and became self-employed at age seventeen. 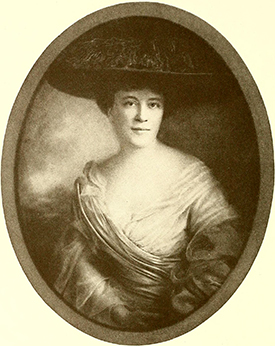 On 8 Feb. 1893 Mebane married Lily Connally Morehead, the granddaughter of Governor John Motley Morehead, founder of Leaksville Cotton Mill, the first textile mill in Leaksville. Governor Morehead's son, James Turner Morehead, greatly expanded the family's landholdings and textile interests and in 1892 consolidated them into two companies, the Leaksville Cotton and Woolen Mill Company and the Spray Water Power and Land Company. B. Frank Mebane was made president of both of these companies by his father-in-law and founded six textile mills and one warehouse company in his own right: Nantucket Mill (1898), American Warehouse (1899), Lily Mill (1900), Spray Woolen Mill and Morehead Mills (1902), Rhode Island Mill (1903), and, with William F. Draper, the German-American Stock Company Mill in Draper (1906).

By 1912 Mebane had overextended his investments, and the Marshall Field Corporation of Chicago, which held partial interest in the mills, assumed control of all but Morehead Mills and the Leaksville mill. The mills that Mebane founded were purchased from Marshall Field by Fieldcrest, Incorporated, in 1953.

Mebane also was president of the Imperial Bank and Trust Company, as well as the founder and director of the Spray Institute of Technology. A Republican, he was a prominent political figure in Rockingham County for many years. He was a member of the Presbyterian church. The Greensboro Daily News characterized Mebane as a millionaire and "one of the largest landowners in North Carolina." He died suddenly in New York City, where he was awaiting the sailing of the Aquitania for England.