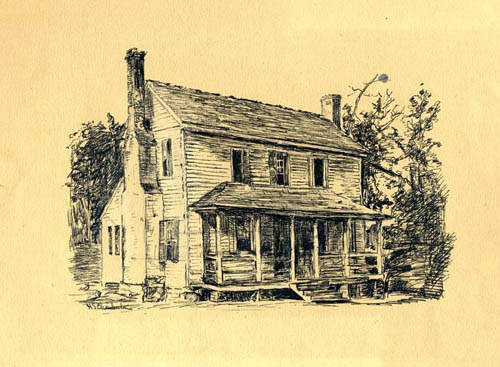 William McPheeters, Presbyterian minister and educator, was born in Bethel (Augusta County), Va., of Irish and Scottish ancestry. He was the son of William, a magistrate in Virginia, and Rachel Moore McPheeters, who traced her family back to the illustrious Rutherfords of Scotland. McPheeters began a classical course in Staunton, Va., and completed his education at Liberty Hall Academy (later became Washington College; now Washington and Lee University) under the Reverend William Graham. In 1797 he went to Kentucky to study medicine with his brother James. Two years later he returned to Virginia, was received under the care of the Lexington Presbytery, and studied theology under the guidance of Samuel Brown of New Providence. On 19 Apr. 1802 he was licensed and in 1803 assumed responsibility for a church in Danville, Ky. Since the church provided a scant income, he had to teach school to support himself.

In 1804 McPheeters and his bride, the former Elizabeth McDowell, returned to Bethel, Va., and in December 1805 he was ordained to the Christian ministry. While serving his home church, Bethel, his first wife died in December 1806, and in 1809 he married Lavinia Moore, by whom he had a daughter, Lavinia. Shortly after the death of his second wife in 1810, he was called to Raleigh to serve as principal of the Raleigh Academy and as "Pastor to the City."

In 1816 he organized what is now the First Presbyterian Church of Raleigh. As the church grew, McPheeters, believing his primary duty to be to the academy, resigned as pastor in 1824 but served as a stated supply pastor for several years afterwards. The congregation was not in a hurry to call another pastor while McPheeters was available. In 1826 he severed his relationship with the Raleigh Academy but continued to work for the betterment of the city and the church for ten years. During this period he and two other men organized the North Carolina Institution for the Instruction of the Deaf and Dumb.

From February 1836 to July 1837 McPheeters served as administrator and teacher of a female school in Fayetteville. He resigned that position to become a representative for the Board of Domestic Missions of the General Assembly of the Presbyterian Church, serving until the spring of 1839. Because of his knowledge, integrity, amiable personality, and compassion, he was an accepted and admired leader in the courts of the church. For many years he was a trustee of The University of North Carolina. In 1840 he was offered the presidency of Davidson College but declined the appointment for reasons of poor health.

McPheeters was a man of learning and personal magnetism. As a teacher he was a severe disciplinarian but was greatly admired. In recognition of his abilities and contributions, The University of North Carolina awarded him an honorary doctor of divinity degree in 1819. He enjoyed great physical strength—although short and rather plump, he was very muscular. His influence on the social and religious life of Raleigh was substantial, and he took much pride in the city's progress.

In 1812 McPheeters married, for a third time, Margaret Ann Curry McDaniel of Washington, N.C. They had twelve children, many of whom distinguished themselves in various professions. After several years of poor health, he died at his home in Raleigh at age sixty-five and was buried in the City Cemetery. A portrait hangs in the First Presbyterian Church, Raleigh.

Alfred Nevin, Encyclopedia of the Presbyterian Church in the United States of America (1884).