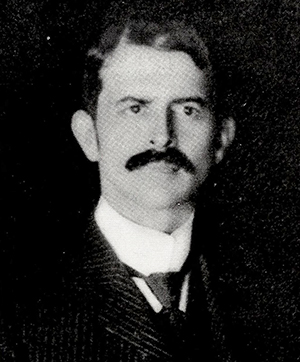 Thomas Shelton McMullan, physician and author, was born in Hertford, Perquimans County, the son of William Thomas, a merchant, farmer, and mayor of Hertford, and Sally Wood McMullan. His first known ancestor in America, John McMullan, was an officer in the Virginia line during the American Revolution. Thomas was graduated from the Hertford Academy and Randolph Macon College, where he received an A.B. degree in 1886. By borrowing money to pay for his expenses, he attended medical lectures at the University of Virginia (1888) and the University of New York (1889).

He began to practice medicine in Edenton, N.C., in 1889 and became a medical examiner for various life insurance companies in eastern North Carolina. He later returned to Hertford, where he practiced for twenty-five years before entering military service as a captain in the Medical Corps in World War I. After the war he moved to Elizabeth City, where he continued to practice and serve as city physician until his death. McMullan was chairman of the North Carolina State Board of Health and president of the North Carolina Medical Society. He was also a member of the U.S. Army Reserve and the American Legion.

McMullan was the author of The Southron's Burden; A Human Drama (1904), an eighty-eight-page pamphlet dedicated to the "White Men of Dixie" and written in verse. He also published a number of short topical poems in the newspapers of North Carolina.

On 18 Dec. 1890 he married Lydia A. Pailin, of Elizabeth City, the daughter of William and Elizabeth Pailin. McMullan and his wife had six children. He died in Albemarle Hospital in Elizabeth City.