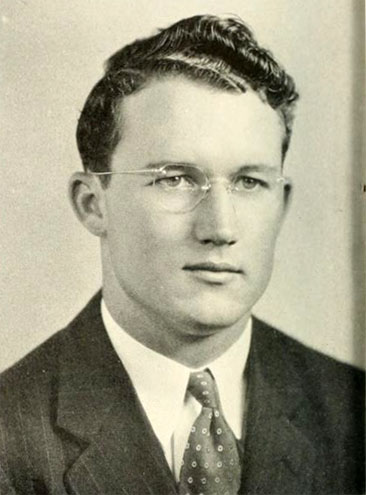 David Alexander McLean, minister, missionary, and college teacher, was born on the family farm near Eagle Springs, Moore County, the third of six children of Robert C. and Rose E. Cochran McLean; he had four brothers and one sister. He entered Davidson College in 1935 and was graduated in 1940 with a degree in English. He studied at the Université de Poitiers, France, in 1939 and began studies at Union Theological Seminary in Richmond, Va., in the fall of 1940. McLean received a D.D. degree in May 1943 and was ordained in the Norfolk Presbytery at the end of the month. He served as pastor of the Suffolk Presbyterian Church in Suffolk, Va., from 1943 to 1945.

In 1945 McLean went to Lubandai, the area of the Belgian Congo that became Zaire, where he directed schools, taught industrial arts courses in carpentry and masonry, and studied local culture, especially the medicine cults. He established a number of churches in the surrounding areas. When the civil war of 1961 forced many missionaries to leave, McLean remained to serve as a pilot and an interpreter for the Red Cross. He was awarded the Australian Red Cross Medal of Honor for his services. During this period McLean was imprisoned several times and underwent physical hardships, including one crippling beating—the result of mistaken identity—that forced him to return to Winston-Salem for surgery.

At various times between 1957 and 1969 McLean studied at the University of Witwatersrand in Johannesburg, receiving M.A. and Ph.D. degrees in anthropology. Returning to the United States, he was professor of anthropology and archaeology at St. Andrews Presbyterian College, Laurinburg, from 1963 to 1980. During this time he led a number of archaeological expeditions and digs to study the civilization of Meso-America. In 1971 he helped found and build the Indian Museum of the Carolinas in Laurinburg in order to emphasize the role of the American Indian in the development of the region and the state. He served as the first director of the museum. He was a member of the American Anthropological Association, the Society of Applied Anthropology, the North Carolina Archaeological Association (president, 1971–72), and a Fellow in the African Studies Association. He was also elected to membership in the Society of Professional Archaeologists.

He was a Presbyterian and a Mason. Among his publications were The Sons of Muntu: An Ethnological Study of the Bena Lulua Tribe in South Central Congo (1962), his master's thesis at the University of Witwatersrand, and The Role of Fire in Northern Circumpolar Ecosystems (1983).

McLean, David Alexander. 1962. The sons of Muntu: an ethnological study of the Bena Lulua tribe in south central Congo. Thesis (M.A.)--University of the Witwatersrand, 1962.