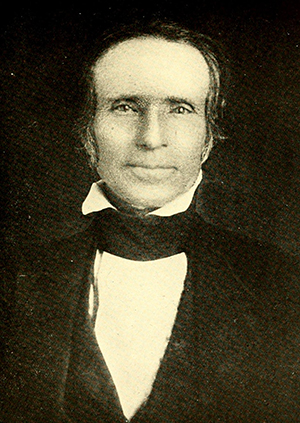 Colin McIver, minister and teacher, was born on Stornoway, Isle of Lewis, in the Hebrides. In 1808 he was a student at Hampden-Sydney College in Virginia and a member of the Union Society. In 1809 he went to Fayetteville, N.C., to teach in the Fayetteville Academy, where in 1811 he was listed as second assistant to the principal.

In April 1811 McIver was licensed to preach by the Orange Presbytery. He was ordained by the Harmony Presbytery in South Carolina on 9 Apr. 1812. As required, he preached a year at Saltcatcher (Saltkehatchee) Church and then was assigned to Chesterfield and Darlington churches after being formally admitted to the presbytery. He was transferred to the Fayetteville Presbytery in 1814 and remained in it for the rest of his life.

McIver's connection with the Presbyterian Church of Fayetteville (First Presbyterian) was significant. He was never pastor, but on 31 July 1815 he was elected stated clerk of the session and was asked to prepare a sketch of the history of the church. This sketch, along with the minutes he recorded until 1849, are among the records of the church. He was stated clerk of the Fayetteville Presbytery and the Synod of North Carolina from 1818 to 1835.

In 1819 McIver was appointed as agent to solicit funds for the Presbyterian church then under construction. From his "Northern excursion" he collected $293. Among his contributors were President James Monroe, $25; George Washington Campbell, U.S. ambassador to Russia, $10; and John Quincy Adams, secretary of state, $10. From his "Southern excursion" he collected $55.

Through McIver's efforts, Sardis Presbyterian Church was organized in 1813. During the five years he served as pastor, he preached one sermon in Gaelic and one in English at each worship service. Churches throughout the area requested his services.

During his ministry he represented his presbytery as commissioner to the General Assembly of the Presbyterian Church of the United States more than any other minister. The Moravians in Salem said that when McIver visited on 1 Oct. 1826, "He preached an edifying sermon here." He was active on committees in formulating rules and in attending to the business of the assembly. McIver was also an original trustee of Donaldson Academy, which received its charter in 1833. The name came from Robert Donaldson, a benefactor of New York and a former citizen of Fayetteville. The academy was closed when graded schools were established in Fayetteville.

McIver was the author of the North Carolina Register and United States Calendar (1823); Evangelical Museum and Virginia–North Carolina Presbyterian Preacher, both monthly pamphlets (1828); The American Preacher, a monthly magazine (1829); and The Southern Preacher, a book. In 1842 he wrote An Essay concerning the Unlawfulness of a Man's Marriage with His Sister by Affinity. A member of the Order of Ancient, Free, and Accepted Masons (Phoenix Lodge AF and AM), McIver served as chaplain for many years. At his request he was buried in his bands and Geneva Gown. His epitaph in Old Cross Creek Cemetery, Fayetteville, reads: "He was a consistent Christian, a sound Divine, a laborious and faithful servant of the church. He fulfilled the duties of the Gospel Ministry for a period of more than forty years."

He married Sarah Barge, the daughter of Lewis Barge, a signer of the Liberty Point Resolves of Cumberland County in 1775. The couple had no children of their own but adopted two daughters of Sarah's brother, Carolina and Sarah Barge.

A photograph of McIver is among the memorabilia in the Historical Room of the First Presbyterian Church of Fayetteville.

McIver, Colin. A speech prepared for delivery before the Synod of North Carolina, October, 1839, on the reference to that Synod by the Presbytery of Fayetteville of the case of the Rev. Simeon Colton. Cheraw, [S.C.] : Printed by Wm. Potter. 1840. https://archive.org/details/speechpreparedfo00mciv (accessed July 23, 2013).