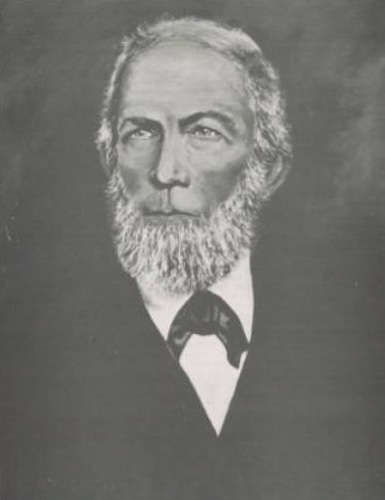 Archibald McDowell, educator and clergyman, was born in Kershaw District, S.C., the ninth of twelve children of the Reverend Archibald and Mary Drakeford McDowell. His parents are believed to have emigrated from Scotland around 1800.

After spending several years working on his father's farm and in a mill, McDowell enrolled at Wake Forest College in 1842, receiving a B.A. degree in 1847; Wake Forest subsequently awarded him a D.D. degree in 1867. After graduation he was named principal of the Wake Forest Female School. This institution—adjacent to the college campus—had been in operation since 1844 under the supervision of William Hayes Owen, professor of ancient languages at Wake Forest, his mother (Mrs. John Owen), and his sisters (Mary and Sallie). McDowell also served as a tutor for the college during the academic year 1847–48. In the late summer of 1848, McDowell was elected principal—or president—of the newly established Chowan Female Institute, in Murfreesboro, which opened on 11 Oct. 1848. He remained in the post until late April or early May 1849, when driven away by a smallpox epidemic that threatened the town and the vicinity. Subsequently, he served as principal of Milton Female Academy (1849–53) and of Metropolitan Female Seminary in Raleigh (1854–55).

The autumn of 1855 found McDowell returning to the Chowan Female Institute as professor of mathematics and natural sciences. He became president of the institution in 1862 and served until his death. In addition, he was pastor of the Murfreesboro Baptist Church from 1855 to 1872 and from 1876 to 1879.

Although McDowell advocated educational advantages and opportunities for women beyond "ornamental" and "domestic" studies, his concept of their proper role in society caused him to stop short of any suggestion that men and women should pursue identical courses of study. In offering degree programs for women, he would eliminate the study of mathematics—beyond plane trigonometry—and much of metaphysics. On the other hand, he proposed to expose women to a broader knowledge of Latin and more extensive study of English and of belle lettres.

McDowell viewed the objectives of all education as the promotion of happiness and the increase of efficiency in the business pursuits of life. Its chief purposes, he believed, were to enlighten, to liberalize, to cultivate, and to refine. His philosophy was summarized in the Biblical Recorder of 26 Feb. 1873—in an article that he represented as the outgrowth of more than twenty years of work and reflection. He noted: "Woman is to be the presiding genius of the social and domestic circles, and by her intelligence, her refinement, her purity and affection to charm away every evil and to make every home, however humble, a sanctuary dearer to its inmates than the haunts of pleasure or the abodes (of) wealth. She is also to be the nurse and teacher of children. . . . Hence, to fill her position well and to discharge her duties successfully, she needs an intellectual culture not less varied and complete than that needed by the other sex."

A portrait of McDowell hangs in the foyer of the administration building—named McDowell Columns in his memory—on the Chowan College campus. He was buried in the town cemetery at Wake Forest.

Archibald McDowell, "What Should Be the Extent of the Course of Study in Female Schools?" Biblical Recorder, 26 Feb. 1873.