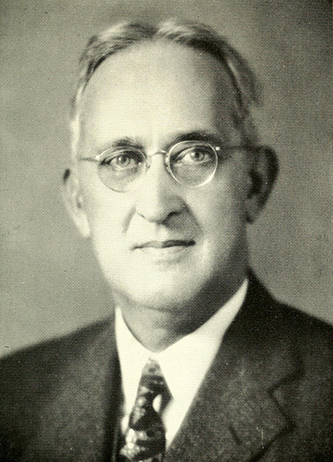 Charles Edward Maddry, Baptist minister, executive secretary of the Foreign Mission Board of the Southern Baptist Convention (1933–44), and secretary emeritus (1945–62), was born near Chapel Hill, the son of William Alexander and Julia Sugg Maddry. His great-grandfather, Josiah Maddry, had moved to Orange County from Virginia about 1801. Maddry's grandfather, Abel, was a farmer and a deacon in the Baptist church. Maddry attended the Canada School in Chapel Hill and The University of North Carolina, where he was awarded a Ph.B. degree in 1903. He later studied at the Southern Baptist Theological Seminary in Louisville, Ky., and the University of Texas and received honorary degrees from The University of North Carolina, Baylor University, Wake Forest College, and Stetson University.

In 1921 Maddry was recalled to his native state to become executive secretary of the Baptist State Convention of North Carolina. After serving for eleven years, he was appointed as the sixth executive secretary of the Foreign Mission Board of the Southern Baptist Convention. When he took this position, the board was more than a million dollars in debt and without credit.

By 1944, for the first time since its formation in 1845, the Foreign Mission Board was completely out of debt. Maddry led the board through most of the difficult days of World War II and laid the foundation for postwar growth. At the time of his retirement, the board had 504 missionaries under appointment.

Other accomplishments during his administration included the establishment of a pension plan for missionaries (1933); publication of The Commission, a missionary journal begun in 1938, which he edited for five years; election of regional secretaries to direct overseas work; establishment of the department for missionary personnel (1943) and tightening of requirements for missionary appointment; distribution of more than one million dollars of relief funds in famine-stricken areas of the world; and initiation of mission work in Hawaii and Colombia.

Maddry was the author of Day Dawn in Yoruba Land (1939), Christian Ownership (1940), Christ's Expendables (1949), History of the First Baptist Church of Hillsboro, North Carolina (1953), Charles E. Maddry: An Autobiography (1955), an unpublished history of the Foreign Mission Board, and many articles for the religious press.

On 2 May 1906 he married Emma Parker of Hillsborough. They had one daughter, Catherine (Mrs. R. W. Severance of Montgomery, Ala.).

Dr. Maddry returned to Hillsborough, where he served his final pastorate from 1951 to 1954. He continued to live in Hillsborough until his death at Memorial Hospital in Chapel Hill following a heart attack. Funeral services were held at the First Baptist Church of Hillsborough and at the Foreign Mission Board in Richmond, Va. He was buried in Hollywood Cemetery, Richmond.

it just so happens that

it just so happens that Charles E Maddry is my great great grandfather!!