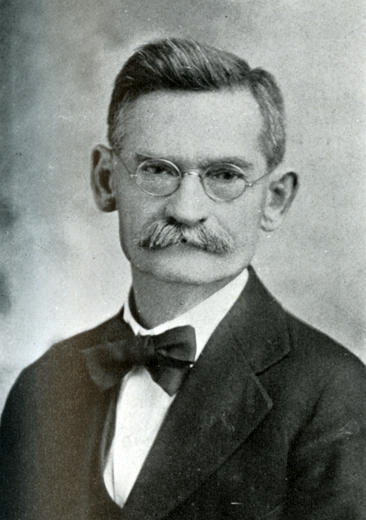 Jacob Martin Luther Lyerly, clergyman, teacher, and newspaper editor, was born near Salisbury, the son of Martin and Camilla Fisher Lyerly. He was educated in local schools and in 1889 was a member of the first graduating class of Catawba College. He received a master's degree in 1892 and later was awarded a Ph.D. from Hopedale College in Ohio. Soon after leaving Catawba, he was ordained by the Reformed church and assigned a charge in central Rowan County. Three years later he began to serve churches in Lincoln and Catawba counties and thereafter ministered to congregations in Guilford, Davidson, and Forsyth counties. In addition to his clerical duties, he supervised his family farm of some one hundred acres. He was an instructor at Catawba College in 1909–10 and at various times also taught in the public schools.

In 1896, at his home in southern Rowan County, Lyerly established the Crescent Academy and Business College for the benefit of his own children as well as the sons and daughters of poor families who had no other means of education. Attended in some years by as many as 250 students, the academy over a period of years educated around 2,000 students. Lyerly remembered with satisfaction that 23 of his graduates entered the ministry. Fond of children, he sometimes took orphans into his home and was the founder of the Nazareth Orphan Home, serving as chairman of its board of managers until his death.

Between 1912 and 1917 Lyerly was owner, editor, and publisher of a newspaper that moved from one town to another—the Concord Chronicle and then the Albemarle Chronicle. Since only incomplete files have survived, it is not possible to determine the exact dates of each. He also was editor of the Reformed Church Standard, published in Hickory.