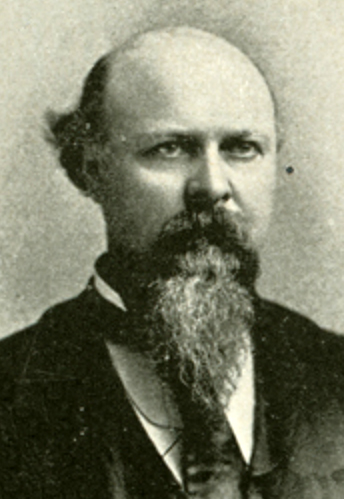 James Alexander Lockhart, congressman and lawyer, was born and spent his entire life in Wadesboro. He was the son of Adam Lockhart, a successful farmer, and Ann McDiermid Lockhart, daughter of Martin and Mary McDiermid who came from Scotland in 1820 and settled in the Cape Fear section. Mary McDiermid was a descendant of Colonel Patrick Ferguson, the British commander killed during the Battle of Kings Mountain. Young Lockhart attended the common schools of Anson County and was only in about the equivalent of the fifth grade when the Civil War interrupted his education for a time. In 1869 he entered Trinity College, from which he was graduated in 1873. Reading law under the guidance of Clement Dowd, he was admitted to the bar in 1874 and established a practice in Wadesboro.

Soon gaining recognition for his honesty and trust-worthiness, Lockhart was elected mayor of Wadesboro in 1875. In 1878 he won election to the North Carolina House of Representatives and in 1880, to the state senate. After serving in both houses of the General Assembly, he resumed his legal practice in Wadesboro until 2 Dec. 1895 when he took his seat as a Democrat in the U. S. House of Representatives. On 5 June 1876, however, he was obliged to step down when his election to that post was successfully challenged by Charles H. Martin, a Populist. Lockhart then returned to his law office in Wadesboro.

While he was a member of the General Assembly, Lockhart married, on 6 Feb. 1878, Caroline Ashe, daughter of North Carolina Supreme Court Justice Thomas Ashe and granddaughter of Governor Samuel Ashe. They were the parents of five children, one of whom, James, Jr., also served in both houses of the General Assembly. Mrs. Lockhart died on 28 Dec. 1904, a few days less than a year before her husband. He was buried in Eastview Cemetery, Wadesboro.

Cyclopedia of Eminent and Representative Men of the Carolinas, vol. 2 (1892).