Jesse Lee, a pioneer Methodist preacher in North Carolina and "the apostle of Methodism to New England," was born in Prince George County, Va., the son of Nathaniel and Elizabeth Lee, prosperous landowners and slaveholders and members of the Church of England who had been greatly influenced by the Reverend Devereux Jarratt, a minister of Bath Parish. After the introduction of Methodism into Virginia, the Lees, including Jesse and another son, were converted in 1774 by Robert Williams and joined the Methodist Society. Their home became a regular preaching place on the Brunswick Circuit (which extended into Halifax and Bute counties, N.C.), and Jesse attended the revivals.

Depressed by a youthful timidity and the limited schooling available nearby, he did not take an active part in the services until 1778 when, having moved to Halifax County, N.C., to care for a widowed relative, he became less shy and more zealously religious. He was appointed a class leader by William Glendenning and began to hold meetings in the neighborhood. According to Lee, he preached his first sermon on 17 Sept. 1779 "at a place called the Old Barn." To replace the Reverend John Dickens for a few weeks on the Roanoke Circuit, he began his first work as a traveling preacher. He kept a diary of his ministerial life, noting not only his public activities but also his daily Christian experience; although this record was destroyed by the fire that consumed the Methodist Book Concern in New York in 1836, the Reverend Minton Thrift of Petersburg, Va., had made copious extracts from it and published them in the Memoir of the Rev. Jesse Lee (1823). 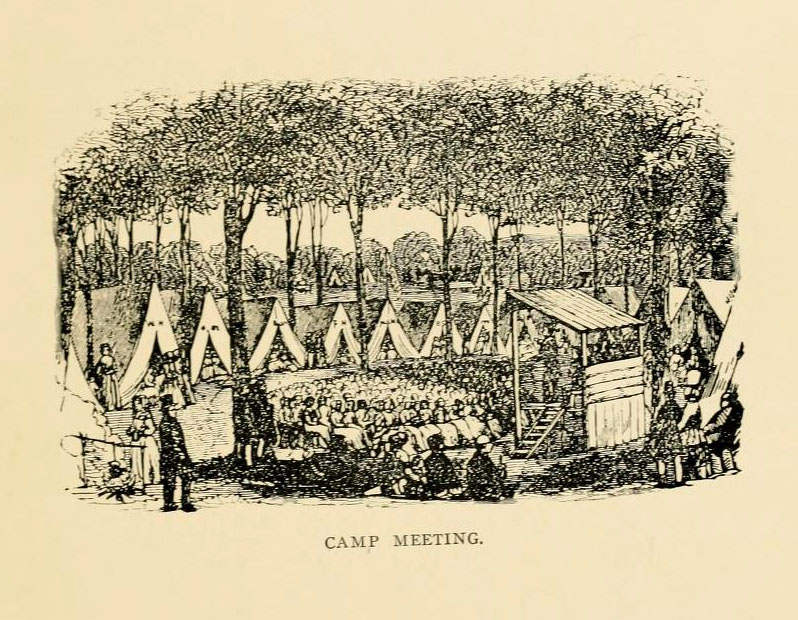 Perhaps the first Methodist pacifist, Lee refused to bear arms in July 1780 when drafted into the militia. Encamped at Thomas Tavern near the present city of Raleigh and placed under guard, he sang and prayed and preached, happy to be suffering "for righteousness' sake." Having offered to perform other duties, he became a wagon driver and traveled with the army through sections of North Carolina. He was honorably discharged on 29 Oct. 1780 after three months' service.

When Lee visited Edenton in 1781, he was probably the first Methodist preacher to do so; he and Edward Dromgoole were well received there the following year. In 1783 Lee joined the Virginia Conference and was sent as junior preacher to the Caswell Circuit in North Carolina, "a moral wilderness." For the next six years he preached in North Carolina, Virginia, and Maryland.

Unable to attend the "Christmas Conference" held in Baltimore in 1784, when the Methodist Episcopal Church in the United States was organized, he worked on the Salisbury Circuit and in February 1785 went to Wilkes County to meet Bishop Francis Asbury at the home of Colonel Joseph Herndon. Lee was very much surprised to see Asbury in full canonicals—"black gown, cassock and band"—and objected to this dress, contending that it was an incentive to formalism and ill-suited to the simple form of worship of the times. The next year Asbury invited Lee to accompany him to Charleston, S.C. Lee had made a considerable reputation for himself as a preacher, and the two clergymen admired and enjoyed each other. Although they did not always agree, they remained close for many years.

Lee's next venture was to visit the newly formed Stamford Circuit in Connecticut, and on 11 July 1790 he preached his first sermon under the Old Elm on Boston Common. With his faith and zeal, he became the father of New England Methodism, planting in that unfriendly soil the germ of his ideals. A huge man, over six feet tall and weighing 250 pounds, he journeyed tirelessly through New England, sometimes using two horses, riding one and leading the other and changing mounts at intervals. His singing drew crowds that his forceful preaching held and convinced; he spoke with conviction, and under his preaching Methodist churches sprang up and new circuits were formed. Lee's keen wit and hearty good humor were proverbial. "I did not give them velvet-mouth preaching," he said of a sermon delivered in the meetinghouse at Newton, Conn.

At the General Conference in New York in October 1790, he was privately ordained a deacon by Bishop Asbury; in 1791 he was publicly ordained an elder. He continued to serve in New England for seven more years until called to assist Asbury. At the General Conference of 1800 Richard Whatcoat received four more votes than Lee, who was considered too jovial for the office of bishop. Moreover, Lee had always been aggressively independent in his attitudes towards ecclesiastical rules and authorities.

Returning to circuit work, Lee preached in Virginia for fourteen years. Having taken to heart the biblical injunction about storing up treasures on earth, he found in 1809, when trying to buy a small farm near his father's, that he had only two hundred dollars to put down towards its purchase after having devoted twenty-six years of his life to the church.

In 1809, while in Baltimore arranging for the publication of his History, Lee was elected chaplain of the U.S. House of Representatives; he was reelected at the four succeeding sessions. In 1814 he was chosen chaplain of the Senate.

In 1815 he was transferred from Virginia to the Baltimore Conference but refused to go to Fredericksburg because he thought the transfer was a political move to keep him from being elected to the next General Conference. The next year he was appointed to Annapolis, Md. While attending a camp meeting near Hillsborough, N.C., in August, he became ill and died at age fifty-eight. He was buried in the old Methodist burying ground in Baltimore, but in 1873 his remains were moved to Mount Olivet Cemetery there.

Lee never married. In the extent and importance of his work for Methodism, he perhaps ranks next to Asbury.

Jesse Lee. A short history of the Methodists in the United States. Baltimore: Magill and Clime, Book-Sellers. 1810. https://archive.org/details/ashorthistoryme00leegoog (accessed September 15, 2014).