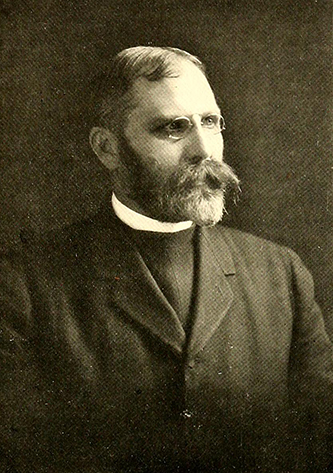 George William Lay, clergyman and educator, was born in Huntsville, Ala., the son of Bishop Henry Champlin and Eliza Withers Atkinson Lay. He received his early education at St. Paul's preparatory school, Concord, N.H., and was graduated from Yale University in 1882 and from the General Theological Seminary in 1886. The University of the South awarded him the D.C.L. degree in 1915. An Episcopalian, he was ordained to the diaconate in 1885 and to the priesthood in 1886.

Lay was rector of churches in Pennsylvania and New York until 1888, when he returned to St. Paul's in Concord as master, a position he held until 1907. He also served as secretary of the board of missions of the Diocese of New Hampshire from 1895 to 1907. In the latter year he became rector of St. Mary's School in Raleigh. Under his leadership, the school greatly enlarged its physical plant and raised its educational standards. Highly appreciated by the student body, he remained for eleven years. After a short period of service at Christ Church in Springfield, Mass., Lay became rector of St. Paul's Church in Beaufort, N.C. In 1928 he retired and moved to Chapel Hill.

He consistently attended diocesan conventions, even after his retirement, and for a time was chairman of the committee on canons. The improvement of public health was one of his concerns, and to this end he was the author of a small publication, The Sanitary Privy. He also wrote Some Dangers in Specialization and Ye Are the Light of the World. He was a member of the North Carolina Academy of Sciences and contributed to the Elisha Mitchell Scientific Society Journal.

In 1894 Lay married Anna Booth Balch of Baltimore. They were the parents of three sons, one of whom died young, and five daughters. He was buried in Chapel Hill, the home of his daughter Elizabeth (Mrs. Paul Green).

Journal of the 48th Convention of the Episcopal Church, Diocese of East Carolina (1931).