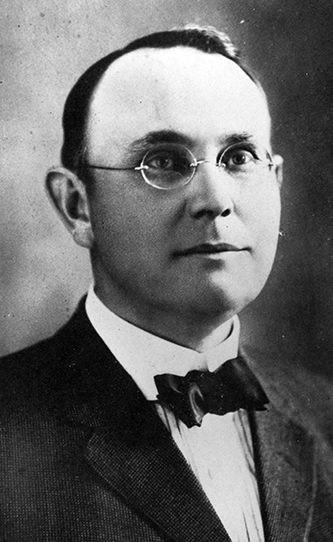 Charles O'Hagan Laughinghouse, physician and state health officer, was born on the family plantation near Grimesland in Pitt County. He was the first of at least eight children of Joseph John and Eliza O'Hagan Laughinghouse. His father, a prominent farmer and Democrat, served in the North Carolina House of Representatives and as superintendent of the state prison in Raleigh. His maternal grandfather, Dr. Charles James O'Hagan, whose medical career in Greenville spanned the second half of the nineteenth century, achieved national recognition for his professional work. Charles O'Hagan Laughinghouse was educated at Trinity School in Chocowinity and at Horner School in Oxford. He attended The University of North Carolina in 1888–89 and received an M.D. degree in 1893 from the University of Pennsylvania. In 1896 he pursued postgraduate work at Johns Hopkins University.

After obtaining his degree, Laughinghouse joined his grandfather's practice in Greenville and quickly gained the respect of his colleagues for his professional activities and philanthropic endeavors. Noted for his powerful physique and physical endurance, he carried on an extensive medical practice for over thirty years while serving the people of Pitt County as county health officer, county coroner, and president of the Pitt County Medical Society. The students of East Carolina Teachers' Training School received medical attention from Laughinghouse, the school physician, between 1909 and 1926. Beginning about 1900 he labored to establish a community hospital for Pitt County. His efforts succeeded in April 1924 with the opening in Greenville of Pitt Community Hospital, a private institution established by Laughinghouse and three of his colleagues. As part of the hospital campaign, Laughinghouse in 1917 was instrumental in persuading the General Assembly to amend a 1913 act to allow towns and townships to establish and maintain public hospitals. He avidly supported the North Carolina School for the Feebleminded at Kinston, authorized by the General Assembly in 1911.

Active in state health affairs, Laughinghouse served the Medical Society of the State of North Carolina in many capacities beginning in 1895. In 1896 the society elected him chairman of the section on anatomy and surgery; the following year he served as orator, declaiming on "A Few Hints in Medico-Social Ethics." As chairman of the section on medical jurisprudence and state medicine in 1910, he successfully argued for increased state aid for public health. During 1916–17 Laughinghouse led the society as president. He was a member of the State Board of Medical Examiners from 1902 to 1908. As a member of the State Board of Health between 1911 and 1926, he assisted his colleagues on the board—notably Dr. Joseph Howell Way of Waynesville—and state health officer Watson Smith Rankin in establishing goals and priorities for health work in the state. On 1 Oct. 1926 Laughinghouse assumed the duties of state health officer and secretary of the Board of Health. During his brief tenure he worked to obtain improved quarters for the board, to strengthen several of the board's bureaus, to stimulate within and outside the medical profession interest in public health and greater cooperation among official health agencies, and to improve the quality of local health services. He also worked to foster interest in preventive medicine.

Laughinghouse's career involved him in medical affairs outside North Carolina. He was a member of the Southern Medical Association, president of the Seaboard Medical Society and of the Tri-State Medical Association of the Carolinas and Virginia, and a fellow in the American Medical Association. During 1917, as a member of the state committee of the Committee of American Physicians, he helped organize North Carolina's medical resources for the war effort. Following his appointment as a major in the Medical Reserve Corps of the U.S. Army, he received training at Fort Oglethorpe, Ga. In 1918 he served at Camp Forrest in Chattanooga, Tenn., and at Fort Sam Houston in San Antonio, Tex. Laughinghouse commanded Base Hospital No. 85 at Fort Sill, Okla., and in August 1918, after promotion to lieutenant colonel in the Medical Corps, he supervised the hospital's transfer to Paris. The hospital was moved to Angers, France, where Laughinghouse remained until March 1919.

Despite the demands of the medical profession, he raised a family and participated in a variety of organizations. On 10 June 1896 he married Carrie Virginia Dail, of Snow Hill, and they became the parents of three children: Helen (Mrs. Richard Stokes), Charles O'Hagan, and Haywood Dail. Laughinghouse was a member of the Methodist church, the Democratic party, the Knights of Pythias, and the Kiwanis Club. A Mason, he belonged to Greenville Lodge 284, A.F. and A.M. He was involved in several businesses, including the Greenville Banking and Trust Company and the National Bank Building. While satisfactorily recovering in High Point from phlebitis, Laughinghouse suddenly died of a heart blockage. He was buried near his grandfather's grave in Cherry Hill Cemetery, Greenville.

Transactions of the Medical Society of the State of North Carolina (1896–1931).