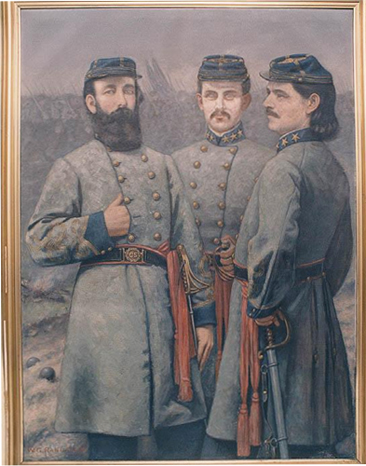 John Randolph Lane, Confederate soldier, was born in western Chatham County, the son of John Siler Lane (said to be a direct descendant of Joel Lane) and Kara Kidd Lane. Because of limited means, John R. Lane, according to a contemporary, "was reared with the advantages of self-denial." Although his formal education was apparently meager, his letters of later years reveal no lack of acquirements. Among the earliest volunteers for Confederate service, Lane enlisted in May 1861 as a member of the "Chatham Boys," soon designated Company G of the Twenty-sixth North Carolina Regiment. He remained with this regiment, conspicuous among those of both sides for heroism and casualties, throughout the war.

Lane was made a corporal almost immediately and at the first vacancy was elected captain of the company over the heads of the commissioned officers. By that time he had taken part in the first Battle of New Bern. In the summer of 1862, when Zebulon B. Vance resigned and Henry K. Burgwyn became colonel, Lane was promoted to the rank of lieutenant colonel. His rapid rise owed nothing to political or social influence; rather, it rested entirely on native leadership ability. Succeeding the mortally wounded Burgwyn in command during one of the bloodiest assaults of the war—that on McPherson's Ridge on the first day of Gettysburg—Lane was himself shot through the neck by a retreating Federal soldier at the top of the ridge. The wound was thought to be mortal, and it was said that Lane was unable to take nourishment for nine days. While in this state, he avoided capture by abandoning his ambulance and escaping on horseback when the wagon train was attacked during the withdrawal from Pennsylvania. 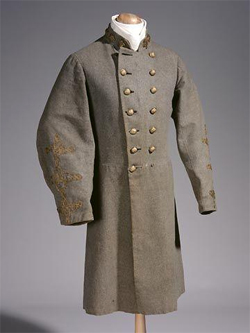 In a few months Lane returned to duty as colonel, bringing new recruits and equipment with him. He participated in most of the major actions in Virginia for the rest of the war and was wounded four more times. The first three times he declined to leave the field or the regiment. The fifth wound, from a piece of shell in the chest at Ream's Station on 25 Aug. 1864, was again thought to be mortal, but Lane was back on duty by November and remained until the last few weeks of the war when he was hospitalized for exhaustion and complications. Except for the fact that he achieved higher rank than most, Lane exemplified the bravery of the soldiers in his regiment whom he praised in a postwar speech, men from "the great middle class that owned small farms in central and western North Carolina."

After the war, Lane resided on Little Brush Creek in Chatham County and became a prosperous landowner, merchant, and cotton gin and gristmill operator. His business interests were centered in Randolph County, two miles upstream from his home. In 1866 he married Mary Ellen Siler, daughter of Samuel Siler for whom Siler City was named. They had a son and a daughter. Lane was a member of Brush Creek Baptist Church, where he was buried, and is said to have been esteemed in the locality for kindness and generosity. He was active in veterans' affairs, although he never applied for a pension. In 1903 Lane delivered a speech on the Battle of Gettysburg at Gettysburg, Baltimore, and probably other places. During a reunion at Gettysburg, he met and became good friends with Charles McConnell, of Chicago, the Federal sergeant who had shot him down with the colors during the charge on McPherson's Ridge. A painting of the three colonels of the Twenty-sixth—Vance, Burgwyn, and Lane—is in the possession of the Museum of History, Raleigh.