Duncan Lamon, Revolutionary Patriot whose antecedents are not known, appeared in Edgecombe County records in 1749, when he bought a tract of land on Toisnot Swamp. In the same year, Robert West sold him three hundred acres on the north side of Tar River. Lamon settled in that part of Edgecombe that became Nash County in 1777. He represented his county in the colonial Assembly in 1760, 1761, and 1766–68 and in the Provincial Congresses of 1775 and April 1776. On 1 Aug. 1761 Robert Jones, Jr., of Northampton County, one of the agents and receivers of quitrents for Earl Granville, appointed Lamon collector for the lands on the south side of Tar River in Edgecombe. In January 1763 Jones appointed him deputy collector for all of the county.

Lamon became active early in the Revolutionary movement. At the Hillsborough Provincial Congress in August 1775 he was appointed to the Committee of Safety for Halifax District, and at a meeting of the Provincial Council in Johnston County in December he was empowered to purchase materials and to employ proper persons to make and mend guns and bayonets and to purchase good guns, gun barrels, stocks, locks, and flints. He also was a member of the congress that drew up the Halifax Resolves; the congress placed him on a committee to settle rations and the price to be allowed the commissioners for victualing the army. In the act creating Nash County in 1777, he and Arthur Arrington were ordered to contract with workmen to build a court-house, a prison, and stocks for the new county. 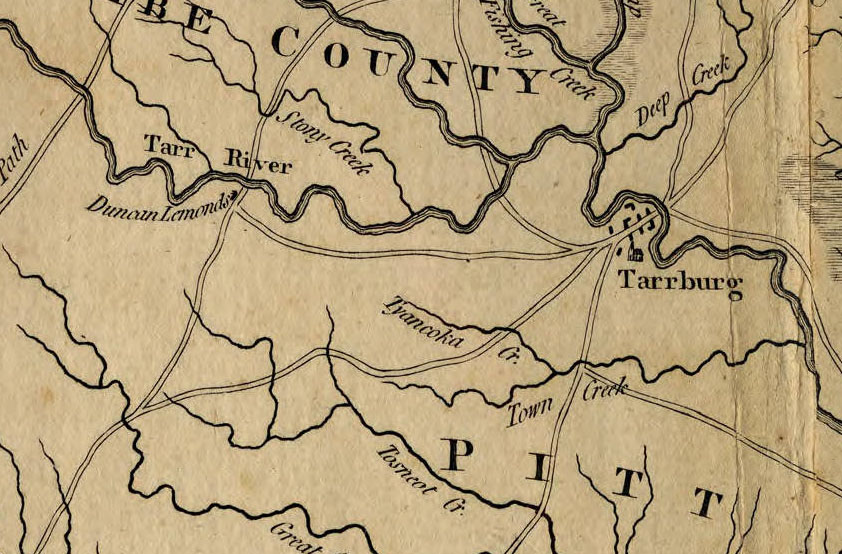 Lamon had established a ferry over Tar River by 1775, when it was shown on the Mouzon map of North Carolina; the name persists to the present time in the form of Lemons Bridge across the river near Easonburg in Nash County. This was on the main north-south route across the province, which was followed by the British army under Lord Charles Cornwallis in May 1781 as it marched from Wilmington to Yorktown. On 8 May General Jethro Sumner wrote that a party of the enemy was seen on each side of the river at Duncan Lamon's ferry.

There are few records pertaining to Lamon after 1777. From deeds, it appears that the name of his wife was Eunice. He left no will, but in several deeds he conveyed land to sons John, Archibald, and Duncan and to daughters Martha and Ann. It is said that another daughter, Mary, married Joseph Clinch of Nash County and was the mother of Duncan Lamon Clinch, a general in the Seminole War in 1835.