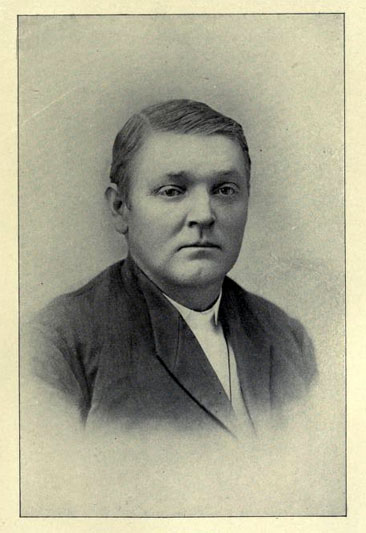 Rufus P. King, Quaker minister, was born in Orange County, the son of Emily King; the name of his father is unknown. Emily was also the mother of Missouri (b. 1844), Dolphin (b. 1845), Frank (b. 1847), and Giraldo (b. 1848). In 1855 Rufus, Missouri, and Giraldo were apprenticed to Walter A. Thompson to learn the "art and mystery of Farming." Rufus had no formal schooling. Enlisting in the Confederate Army on 26 Feb. 1862, he served in Company G, Eleventh Regiment, until captured at Falling Waters, Md., on 14 July 1863. He was confined at Old Capitol Prison, Washington, D.C., until he was transferred first to Point Lookout, Md., and afterwards to Savannah, Ga., where he was exchanged late in 1864. King had returned to duty by February 1865 but deserted to the enemy on or about 20 March. He was released about five days later after taking the oath of allegiance and soon joined a group of refugees going to the West.

His first knowledge of Quakers came from an Indiana family that took him in, cared for him, and taught him their values. In Indiana, he attended Spiceland Academy and was recorded as minister in 1869 at age twenty-six. Returning to North Carolina in 1878, he attended New Garden Boarding School for a year. In 1880 he married Alice R. Carr, and they established their home near Springfield Monthly Meeting south of High Point. The couple became the parents of three children: Emma, Edward, and Annabella.

While still in Indiana King began his ministry of visiting meetings and families, preaching at every opportunity, and made his first long journey—to England, Ireland, Norway, and Denmark. It was from Springfield, however, that he pursued his most extensive, worldwide ministry from 1881 to 1911, telling how God had wondrously preserved him through his Civil War experiences. His travels "in the love of the Gospel" were remarkable. He went to New England, the Midwest, Australia, New Zealand, Tasmania, France, England, and Jamaica. Between 1890 and 1904 he visited more than fifty yearly, monthly, and other meetings.

King probably was in close touch with more prominent Friends the world over than any other Quaker. The illiterate boy had become one of the most widely known and beloved ministers among the Quakers of his day, yet he cherished the simple, poor, and unloved of the world. He was buried at Springfield Friends cemetery.

Fernando Cartland, Southern Heroes, or the Friends in War Times (1895).