Edmund Noah Joyner, Episcopal priest, missionary, soldier, poet, and newspaper editor, was born in the Marlboro community near Farmville in Pitt County, the son of Dr. Noah and Emily Adelaide Williams Joyner. His father was an 1838 graduate of Jefferson Medical College, Philadelphia, and operated an extensive plantation in Pitt County. Edmund was one of eleven children. Three of his brothers, John Richard, Francis, and James, were also Episcopal priests; another, Robert Williams, was a physician; and a fifth brother, Andrew, was an attorney. His sisters were Clara Elizabeth (m. the Reverend Charles Daniel Malone), Sarah Lucy, and Harriette (m. the Reverend Hardy H. Phelps).

Probably the most unusual aspect of Joyner's career was his work as teacher, missionary, and advocate among the former slaves in the Carolinas during the decades immediately following the Civil War. Years before, on his parents' plantation, his mother had conducted Sunday school every Sunday afternoon for the slaves, whose infants were baptized and whose marriages and burial services were performed according to the Book of Common Prayer. Some slaves later related that "Marse Eddie" taught them to read, although such activity was illegal. From 1879 to 1884, while rector at Pittsboro, Joyner worked in the black community; in 1889 he was assigned by the Bishop of South Carolina to do missionary work among blacks in the vicinity of Columbia; and in 1892 he became archdeacon for all missionary activity among blacks throughout the state. During this period Joyner made what he called "raids" into northern states such as Michigan, New York, and Pennsylvania to raise money and preach in their Episcopal churches.

As a child Joyner was severely burned when he fell into a large cauldron of boiling cotton dye. At first it was thought he would not live. Virtually helpless for three years, he suffered a drawn ligament which greatly impaired walking. He used crutches but was eventually able to get around by himself.

Joyner was fourteen when the Civil War began. His two older brothers, Robert and John, left their studies at The University of North Carolina to volunteer for Confederate military service. Because the Joyner home in Pitt County was just inside the Confederate lines for most of the war, there was a constant flow of refugees and military wounded in residence. On 18 Oct. 1864, at age seventeen, Joyner enlisted in Company D, Thirteenth Battalion, North Carolina Light Artillery, in New Hanover County; the company was made up mostly of men from Pitt and Beaufort counties. He participated in both battles at Fort Fisher, where on 15 Jan. 1865 a minié ball took away a side of his skull and he was taken prisoner. When a local newspaper reported his head wound and capture, his parents thought that he was dead. He remained a prisoner at Point Lookout until 25 July, when he took the Oath of Allegiance. He returned home on Sunday, 30 July, astride a borrowed mule.

Still only eighteen, Joyner was sent by his father to the Davis School in Louisburg and the Horner School at Oxford. He briefly attended Trinity College at Hartford, Conn., but his eyes failed because of the wound in his temple and he was forced to withdraw. On 3 Jan. 1871 he married Mary Elizabeth Winfield of Chocowinity, and they had two children: Edmund Noah, Jr., and Mary Winfield.

Joyner got his first taste of journalism in 1872 when he purchased and for a short time operated a newspaper in Wilson. In 1873 he moved to Hickory Tavern (later Hickory) and opened a school, where his brother Andrew joined him as a teacher. In September of that year Joyner was ordained into the Episcopal ministry at Grace Church, Morganton, by Bishop Thomas Atkinson, whose conciliatory and nurturing attitudes towards the freed slaves he shared. He became the first rector of the Church of the Ascension, Hickory, which had been organized in May, and in the summer of 1873 he performed the first wedding ever held in a church in Hickory. In 1874 Joyner's mother died, and his father and two other brothers moved to Hickory to open a drugstore and medical practice. In the same year congregations at Statesville and Newton were added to his charge.

In 1879 Joyner moved to Pittsboro to become rector of St. Bartholomew's Church, and in 1881–82 he also served the Chapel of the Cross, Chapel Hill, which had no rector. On 24 July 1881 he assisted his lifelong friend, the Reverend Joseph Blount Cheshire, Jr., and Bishop Theodore B. Lyman in the consecration of St. Philip's, the first Episcopal church in Durham. Joyner was offered the full-time rectorship of the Chapel of the Cross but declined it, as Pittsboro at that time was a larger parish than Chapel Hill or Durham.

The Church Messenger, official newspaper of the Diocese of North Carolina, was then being published in Durham by the Reverend Charles J. Curtis. Because he had difficulty in getting it printed, Curtis decided to sell out. Joyner bought the paper and operated it as editor from 2 Feb. 1883 to 14 July 1887. He continued to live in Pittsboro and hired as associate editor C. B. Denson, principal of Pittsboro Academy. On 29 Feb. 1884, Joyner announced the move of the paper to Charlotte, where he expected it to merge with the Church Herald of South Carolina under a new name, The Southern Guardian. Joyner himself moved to nearby Rock Hill, S.C., taking charge of the church there and one at Yorkville. The newspaper merger fell through, so the Messenger retained its name. With the 29 Jan. 1885 issue, the Reverend Joseph Blount Cheshire, Jr., became co-editor and proprietor with Joyner; in September 1885 the Reverend R. W. Barnwell became associate editor. On 7 Jan. 1886, John Hirst, a Charlotte printer, became publisher, with Joyner as editor and Cheshire and Barnwell as associate editors. Barnwell left the paper on 4 Nov. 1886 "due to his distance from the base of operations." The 7 Feb. 1887 issue noted the departure of Cheshire due to heavy parish duties. By 16 June 1887, Joyner wrote that he "must retire" because of the growing demands of his work as pastor and missionary. In the last issue of the paper on 14 July, he eloquently defended his own work in South Carolina among blacks.

Joyner also served as chaplain of a large association of labor unions centered in Columbia for twelve years, and twice as chaplain to the North Carolina Division of the United Confederate Veterans, a position he held at the time of his death. In 1905 he became General Missionary of the Missionary District of Asheville (later the Diocese of Western North Carolina), with residence and pastoral duties at Tryon. He took charge of St. James Church, Lenoir, about 1 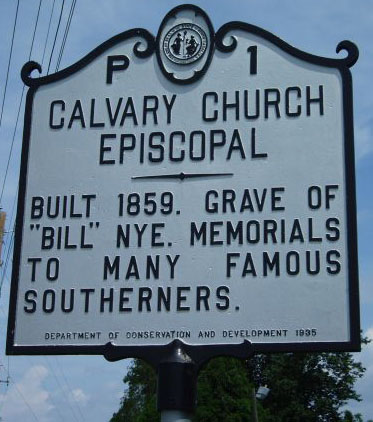 His first wife having died, he married Elizabeth Andrews of Willington, S.C., in 1912. Their son, Archibald Andrews, was born in Lenoir, from which, after a pastorate of nine years, Joyner and his family retired to a remote settlement in Avery County, N.C., with no church, where they conducted "welfare work." After a few years he returned to South Carolina and remained in church work until 1928, when he "retired" once again to Hickory.

In addition to his writing as a newspaper editor, Joyner often wrote letters to church and secular journals in support of education and missionary work. In 1886 after a federal decree banned the placing of flowers on the graves of Confederate soldiers in Arlington Cemetery, a southern woman ignorant of the law was dragged away from the grave of her son and refused permission to leave flowers there. Outraged by this report, Joyner wrote a ten-stanza poem, "O Shame to the Foes of the Dead," which was printed in the Tarboro newspaper after Decoration Day.

His last act as a minister was to baptize his grandson, Edmund Lee Joyner, the son of his youngest child. Edmund Noah Joyner was buried in the churchyard at Calvary Church near Fletcher.