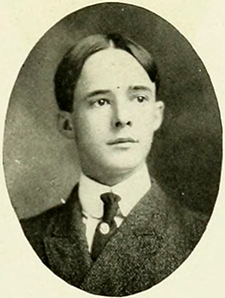 Stroud Jordan, industrial chemist, was born at Caldwell Institute, Orange County, the son of Dr. Archibald Currie and Octavia Stroud Jordan. In 1905 he was graduated from The University of North Carolina, where he earned the master of science degree in 1907 and in 1909 received the first Ph.D. in chemistry awarded by the university.

Jordan held a Carnegie grant for research in New York City in 1905 before his appointment as professor at Gordon College in Massachusetts (1905–6) and instructor at the Massachusetts Institute of Technology (1909–11). From 1911 to 1920 he was chief chemist for the American Tobacco Company and originated the "toasting process," which became the basis for Lucky Strike cigarettes. In 1918 he volunteered for service in World War I and became a captain at Sixth Corps Headquarters with the Chemical Warfare Service of the Eighty-eighth Division; he served for a year in France. Afterwards Jordan was chief chemist for a large manufacturer of candy, became managing director of the Applied Sugar Laboratories, and in 1934 established the Stroud Jordan Laboratories in New York City. He served from 1934 to 1938 as chief of the Bureau of Standardization of the Department of Purchase for the city of New York, and from 1938 until his death he was director of research of the American Sugar Refining Laboratory. During World War II, as a dollar-a-year-man, he worked for a brief time in Washington, D.C.

Active in a number of professional organizations, Jordan was recognized as a brilliant chemist and an interpreter of highly technical information in lay terms. He was the author of four books on chemistry in confectionery manufacturing.

In 1912 he married Virginia Marshburn of Barnesville, Ga., and they were the parents of two daughters, Virginia and Dorothy Louise. He died of a heart attack at his winter home in Miami, Fla.